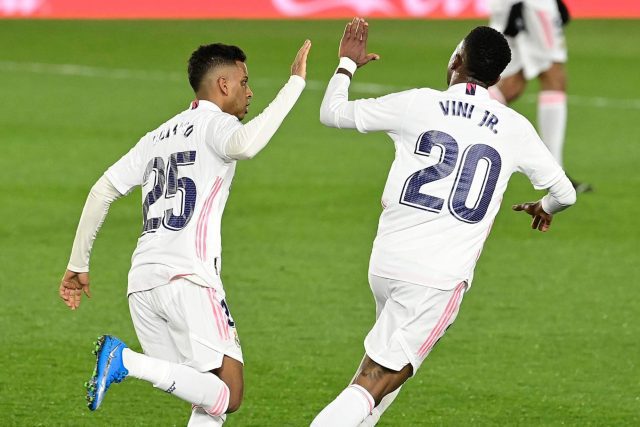 Real Madrid earned a draw for themselves in a tight game against Real Sociedad in the Spanish La Liga on Monday night.

Vinicius Junior came off the bench to score in the closing stages of the game to ensure that his side’s unbeaten run of form in the last few games stayed intact.

Sociedad took the lead in the 55th minute after Portu headed in a cross from Nacho Monreal.

Zinedine Zidane welcomed back Federico Valverde and Rodrygo Goes into the squad but still had some key players missing through injuries.

Attempts to get the equaliser were far from threatening with efforts including Toni Kroos’ doing little enough to trouble the visitor’s shot-stopper.

However, the breakthrough finally arrived in the 89th minute when the Brazil international saw his deflected effort go past Alex Remiro to make the score 1-1.

The results now mean that Madrid have failed to close the gap between themselves and neighbors Atletico Madrid ahead of the Madrid derby on Sunday. Los Blancos also move into third place with Barcelona now second on the league table.