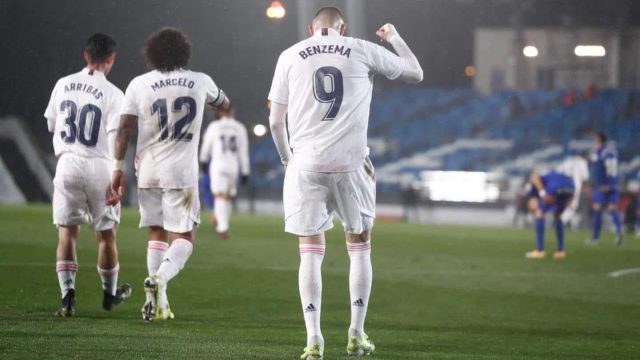 Goals from Karim Benzema and Ferland Mendy ensured Real Madrid walked away with all three points against Getafe on Tuesday night.

The game which took place at the Alfredo Di Stefano Stadium saw the home side show the ruthless side of their game despite missing a key number of players.

Sergio Ramos, Eden Hazard and Toni Kroos were amongst a host of players who had to be sidelined due to injuries and card accumulation respectively.

However, Zinedine Zidane has no real worries with his forward Benzema and Mendy combining to grab the maximum points for the team.

The game also saw youngster Marvin Park start his first game for the senior team while Sergio Arribas was also given his maiden debut for the club.

Having ended the first half goalless, Madrid netted twice in the space of six minutes, with goals coming in the 60th and 66th minute respectively.

There was another France and Brazil connection when left-wingback Marcelo assisted Mendy for Madrid’s second goal on the day.