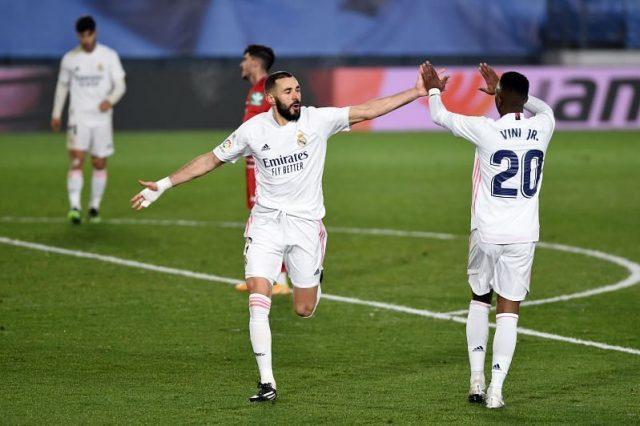 A much better second half from Real Madrid was enough for them to seal a 2-0 win over Granada on Wednesday night.

Goals from Casemiro and Karim Benzema made sure that Zinedine Zidane’s side walked away with all the maximum points at the Alfredo Di Stefano Stadium.

Zidane was forced to make changes to his starting lineup in midweek due to injury suffered by Luka Modric in the win over Eibar on Sunday, with Federico Valverde coming in for the Croatia international.

The opening 45 minutes of the game saw Granada dominate proceedings, creating most of the chances and piling pressure on the home side.

However, they could not rake their chances when presented with them, giving Madrid a lifeline to rediscover their best form.

That was exactly the case after the recess. The Los Blancos took control of the game and were rewarded for their press when Marco Asensio’s back heel into the path of Casemiro set up the latter for the game’s opener.

Madrid continued to search for their second of the night, introducing Vinicius Junior and Isco into the game – and the latter was also the rationale behind Benzema’s eighth goal of the season to double his side’s lead.

The defending champions continue to occupy the second position despite being level on points with first-placed Atlético Madrid.