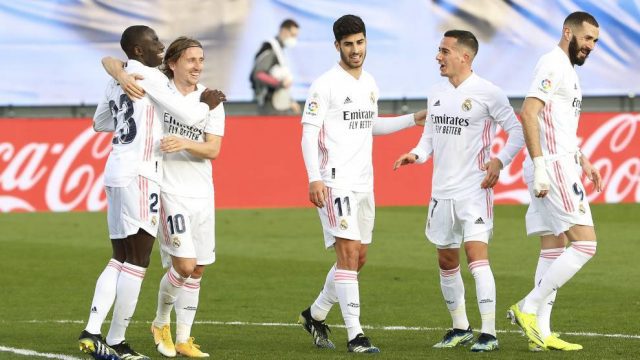 Real Madrid were once again unplayable in the La Liga game against Valencia at the Alfredo di Stefano Stadium.

Goals from Karim Benzema and Toni Kroos propelled the Los Blancos back into the second position.

Zinedine Zidane made just two changes from the setup that beat Getafe in midweek, with Daniel Carvajal and Kroos returning to the starting lineup at the expense of Marvin Park and Marcelo respectively.

Benzema gave Madrid the lead after only 12 minutes, scoring from outside the box after the ball was laid into his path by the German midfielder.

Carvajal was forced off the pitch after being at the end of a tough tackle by Luis Gaya. Lucas Vazquez came on as his substitute in the 28th minute.

Luka Modric forced the Valencia goalkeeper into an excellent save with his strike from outside the box but Domenech was in hand to punch it away.

The Germany international doubled his side’s lead just before the half-time whistle as he curled the ball into the bottom corner after being passed by Vazquez.

Los Che’s real threat to the game came from Maxi Gomez, who forced Thibaut Courtois into an excellent save to maintain his clean sheet.

The win takes Madrid to 49 points after 23 games played, keeping the pressure on Atletico Madrid who have two games in hand to play.