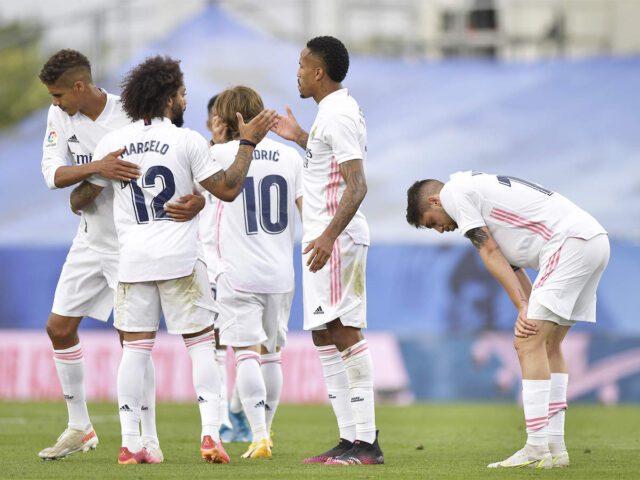 Luka Modric’s last-minute winner was not enough for Real Madrid, who had to come from behind to beat Villarreal by two goals to one at the Alfredo Di Stefano Stadium.

Madrid went into the game needing a win as well as a favour from Real Valladolid to retain the league title they won last season.

However, having done their part of the job, Atletico Madrid for the second time in the last two games came back from a goal down to record victory over Valladolid.

Zidane made two changes from his side that beat Athletic Bilbao last weekend with Raphael Varane and Marco Asensio starting ahead of Nacho Fernandez and Rodrygo Goes respectively.

Unai Emery’s team opened the scoring in the 20th minute of the game when Yeremi tucked the ball into the net after receiving a well-played pass from Gerard Moreno. The goal was the winger’s second of the 2020/21 league season in his fifth start for the club.

Real Madrid also saw referee Jose Luis Munuera Montero fail to award the club a penalty for a handball by Daniel Parejo before the half-time whistle.

In the second half, Vinicius Junior and Asensio were withdrawn after what seems to be a disappointing first half with Isco and Rodrygo coming on from the bench.

Benzema saw a header into the net by the Video Assistant Referee for a controversial offside decision in the 58th minute.

There was no denying the Frenchman this time around in the 87th minute, curling his effort into the far left of Geronimo Rulli’s goal after a pass from Rodrygo. His goal saw Madrid draw level.

Modric also scored his fifth league goal this season in injury time to give Madrid the lead but that result was far from winning them the league title as Diego Simeone’s side also won their game.