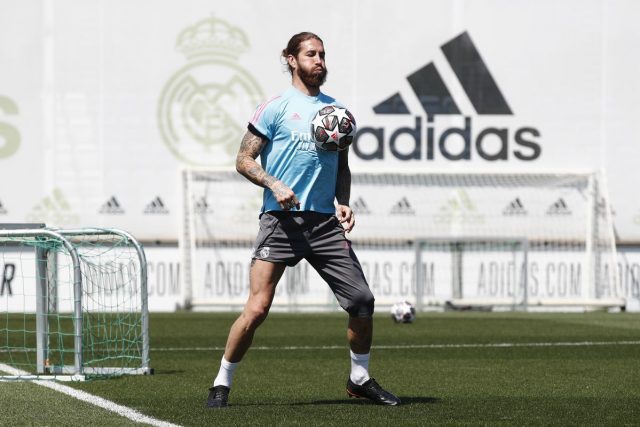 Zinedine Zidane will be able to count on the services of Sergio Ramos, Ferland Mendy and Federico Valverde for the UEFA Champions League encounter with Chelsea on Wednesday.

The Los Blancos travel to London where they will play the Premier League side at Stamford Bridge in the second leg of the semi-final tie.

Ramos had been out of action since the last international break due to a knee injury while Mendy was also battling a muscle injury but Valverde’s had to do with testing positive for coronavirus.

However, all three are now available for selection and traveled with the team to London ahead of the game. Lucas Vazquez, Dani Carvajal and Raphael Varane are the only players unavailable for the game.

Here is the list of the squad called up by the gaffer for Wednesday night’s game at the Bridge:

At the moment Chelsea stands out as favourites after settling for a 1-1 draw at the Alfredo Di Stefano Stadium last week and Madrid would need to overcome the away goal deficit if they are to stand a chance of knocking out Thomas Tuchel’s tricky Blues.

Madrid will also need to be clinical in front of the goal while limiting Chelsea’s chances of shooting at goal as they did in the second half of the first-leg in Spain.