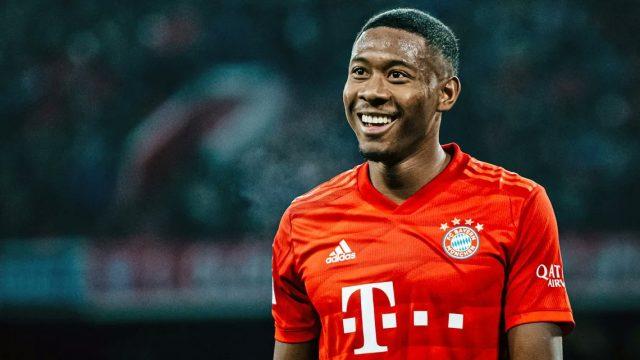 Bayern Munich defender David Alaba contract expires next summer and he is considering leaving Bayern due to lack of playing time. In 2016, when Alaba last extended his contract at Bayern, he was promised more time on field but the club bosses haven’t kept their promise and he’s interested in leaving the Bundesliga champions.

The Austrian is prepared to leave the Bundesliga giant this summer and top clubs are prepared to battle for is signature with Real Madrid, Barcelona and Man City are currently favorite to sign him

Bayern already have a replacement for him in Alphonso Davies and are prepared to let him (Alaba) leave the club this summer.

Bundesliga giants are said to be interested in swapping him on a deal with Manchester City Leroy Sane but David Alaba preferred destination is either Real Madrid or Barcelona.

A deal around £60-70m will see Alaba whose contract runs until 2021 leave Munich. The Austrain will be a fantastic signing to Madrid and will be a great addition in both mid field and defensive position.