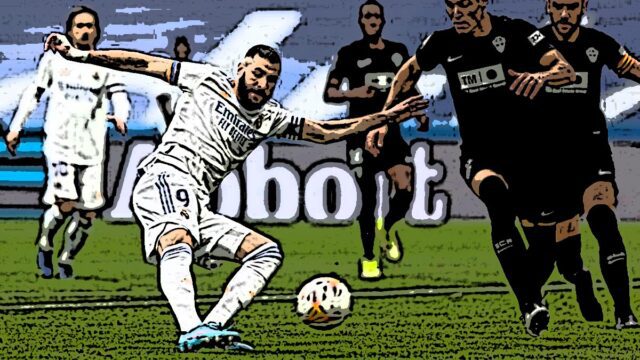 Real Madrid and Carlo Ancelotti have been under some unusual conversations in the last few games the club has played.

The club may not be faring badly, but some sections of the fans and a few other ‘top people’ are already said to be concerned about some recent issues in the team.

Squad rotation, late substitutions and a host of others have been mentioned. But one that has got everyone talking is the team’s inability to find the back of the net in the first halves of the games they have played recently.

Despite winning three of their last five games, the club has failed to score in the first half in any of those games, which has been a concern for the people in and around the club.

The last time Real Madrid found the back of the net in the opening 45 minutes of a game was in the Spanish Super Cup win over Athletic Bilbao in early February.

Since then, the team has managed seven shots on target in the first half of their subsequent five games and have failed to score with any.

During that period also, Real Madrid have failed to play a shot on target in the first halves of two games – against Villarreal and Paris Saint-German, both games Madrid failed to win (draw and lose).

The statistics show that the team has not been efficient upfront during their first-half performances and that narrative is a huge burden for the gaffer.

Compared to their previous games, Real Madrid have five goals in their last five games, which means they average one goal per game, which is not a representation of how the team started the season.

Three of those games came in the win over relegation-threatened, Deportivo Alaves, meaning that the Los Blancos failed to score in two of their last five games.

Knowing that they are out of the Copa del Rey and they go into the game against PSG next week with a deficit, Carlo Ancelotti knows the league is what they need to play for at the moment.

However, if they are to make good use of the league, the team needs to wrap up results in the first halves of their games, as they did in the earlier part of the season.

The loss to PSG has raised some pressure and the Italian gaffer is aware he will need to get his team playing convincingly again to get the results they want.

Real Madrid want to avoid another situation where they walk away with no major trophy at the end of the season and the first half performances have a role to play.