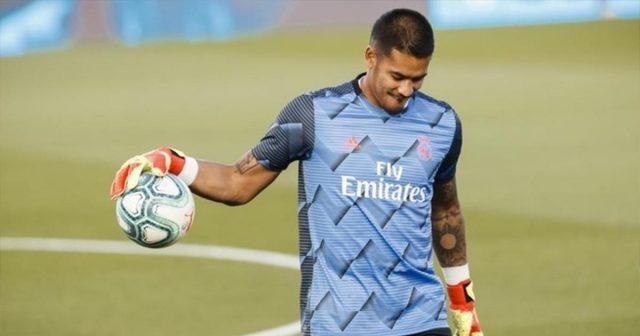 Goalkeeper Alphonse Areola has returned to Paris Saint-Germain after Real Madrid brought an end to his season-long loan spell.

The France international joined the Spanish side last summer on loan in a bid to provide competition for Thibaut Courtois, after Keylor Navas was offloaded to the opposite direction in a permanent deal.

The shot-stopper enjoyed quite a good loan spell at the Santiago Bernabeu despite being in goal in just fewer matches for Zinedine Zidane’s side.

Areola made a total of nine appearances for Madrid across all competitions, with just three coming in the Spanish La Liga. He also kept two clean sheets in his league appearances while conceding just two goals.

The 27-year-old returns to France having won the Spanish top-flight title while also being a part of the Spanish Super Cup winners squad.

A statement by the Ligue 1 champions on the player’s return read: “Real Madrid confirmed they have brought Alphonse Areola’s loan spell to an end. The club would like to thank Areola for his dedication, professionalism and exemplary conduct this season and wishes him the best of luck in this new chapter. Real Madrid also thanks PSG for the chance to have had Alphonse Areola as part of our squad.”

Alphonse Areola has also been linked with another move away from PSG, having received interest from several Premier League clubs ahead of the 2020/21 campaign.

Chelsea and Arsenal have all been linked with moves for the France back up goalkeeper, who has won three Ligue 1 titles during his time with PSG.

Andriy Lunin is expected to the Bernabeu to fill the void left by Areola, having impressed during his loan spell at Real Oviedo making 20 appearances in the Segunda division.