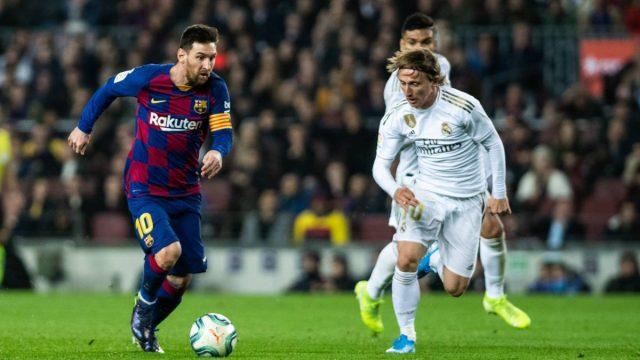 The most anticipated match of on the side of every Real Madrid and Barcelona fan every season in the Spanish top flight is that of the El Clasico.

The clash between Madrid and Barcelona has always grabbed the attention of many for so many years due to the intense rivalry between both clubs.

Despite the departure of Cristiano Ronaldo three summers ago, the fixture has still continued to grab most of the headlines and this season would be no different with the way things has started in the campaign.

La Liga have announced that the first El Clasico of the season will be played on Saturday, October 24 with the time for kick-off scheduled for 14:00 GMT.

It may be a part of the deciders for the winner of the La Liga title but the first encounter still leaves room for both teams to get back in time and do their ‘home works’.

As reported earlier, the duo of Eden Hazard and Dani Carvajal are almost certain to miss the first Clasico of the season due to injuries suffered prior to the international break.

Madrid having won the last encounter between the two teams will look the most confident ahead of the game despite their injury records but Barca stand a chance of causing upset at any point in time.

This will also be one of the games that will draw much attention considering that it will the first El Clasico following the outbreak of the coronavirus pandemic, and many will be expecting to see how the situation affects the game in less than two weeks time.