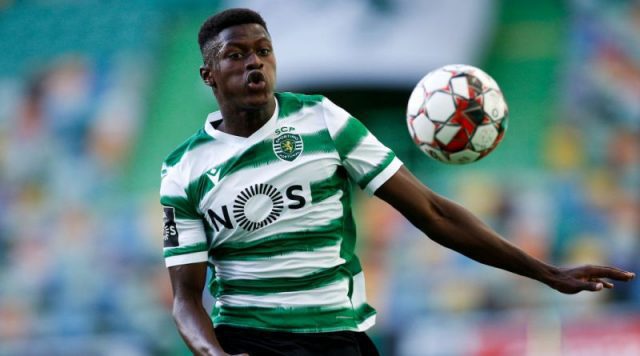 According to major circulating reports, Real Madrid are interested in signing Sporting Lisbon left-back Nuno Mendes from the Portuguese outfit.

It is understood that Zinedine Zidane’s men have identified the 18-year-old as a long-term replacement for the ageing Marcelo, who has lost his place in the team to Ferland Mendy.

Marcelo has been criticised on several occasions for his performances on the pitch, which has forced the hierarchy to look elsewhere for a replacement for the former Fluminense defender.

The reports emphasise that the Spanish giants have been scouting the full back for some weeks now and are hoping to secure his signature as soon as possible.

However, Madrid are not the only club who have set their sights on the teenager. The likes of Liverpool, Juventus, PSG and Manchester United all in contention to snap up the player.

For his performances in the Portuguese top-flight, Nuno Mendes has been receiving plaudits and has caught the attention of the many who have paid kept an eye on the left-back.

His pace, work rate and his ability to outsmart the opposition is what has attracted many suitors and caused clubs to seek his signature.

Having recently extended his contract with the Lions, it is believed that Mendes release clause is set at €25 million, which could could be a bargain for the interested parties.