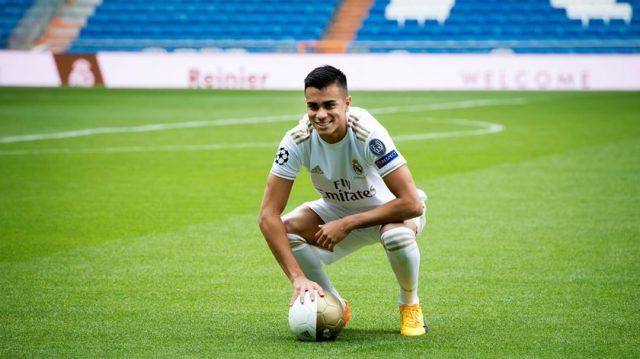 Reinier Jesus was the newest young arrival at the Santiago Bernabeu from South America in the January transfer window.

Having put pen to paper on a seven year deal with Real Madrid, the player was shipped to the Castilla team to aid his development in Spain.

The 18-year-old was involved in three games for the Castilla side managed by former Real Madrid captain Raul Gonzalez, playing in a key role in those games as he scored twice in his last game.

The outbreak of the ongoing coronavirus pandemic meant that football activities in Spain come to a halt with the former Flamengo player’s time the junior team being cut short.

However, Spanish paper Marca are reporting that the club together with the midfielder’s representatives are considering an option to move him out on loan next season for a regular game time.

Martin Odegaard, Takefusa Kubo and Achraf Hakimi are few of the young talents at Madrid who are currently on loan with aim of gaining experience before a return to the club.

Real Sociedad and Rayo Valladolid are two of the La Liga sides who are keeping tabs on Reinier Jesus to secure him on loan having already been successful in taking others on a temporary term.

Borussia Dortmund, where Hakimi plies his trade could be another option for the midfielder to consider having nurtured a host of young prospects in the last few years.