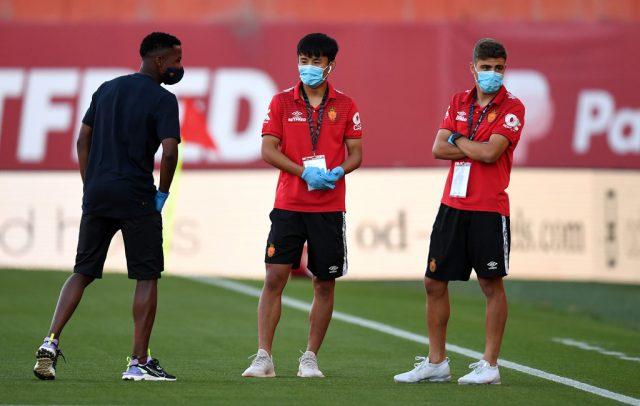 The Spanish La Liga returned this weekend having endured a three month hiatus due to the coronavirus pandemic.

A few of Real Madrid loanees were in action over the weekend and here is a wrap from these players who are looking to impress their parent club.

Sergio Reguilon played 80 minutes for Sevilla in their two nil win over Real Betis in the ‘El Gran Derbi’. The player helped his side to a clean sheet before being replaced by Franco Vasquez with 10 minutes to the end of the game. It wasn’t so much of a convincing performance for the player who has enjoyed enough game time but it still adds a bit to his quality.

Oscar Rodriguez was on target for Leganes as they lost at home to Real Valladolid. Oscar played the full 90 minutes of the game and scored from the penalty spot, but his goal was only a consolation goal as Valladolid had taken a two goal lead. The 21-year-old managed two shots on target while also completing all three of his dribble attempts.

Takefusa Kubo was on the pitch for 90 minutes as RCD Mallorca lost 0-4 to Barcelona on Saturday night. The player however was one of the brightest players on the side of the home team, as he looked a constant threat to the Barca defence. His curler in the first half almost saw Mallorca equalise after the Barcelona had taken an early lead through Arturo Vidal.

Borja Mayoral played the last 30 minutes of Levante’s game against Valencia on Friday. The match ended 1-1 at the Mestalla but it was Levante who had to wait for a late equaliser to take a point away from Valencia.

Jesus Vallejo was back in action for Granada in the 2-1 win over Getafe on Friday. The 23-year-old came on as a substitute in the 85th minute with goals already scored. In his 11 minutes on the field, Vallejo made three clearances while winning the only aerial duel he went for. He has made a total of 4 appearances in the league for the club, since joining them in January, with two starts.

In the same game against Leganes, Javi Sanchez played the last eight minutes (added time inclusive) of the match facing fellow loanee Oscar. He came on the 88th minute and was able to contribute to his side’s win with one defensive clearance.

Martin Odegaard played full 90 minutes for Real Sociedad in their league draw against Osasuna on Sunday night. The player had an off day at the office and it was not working for him as La Real settled for a draw. He was dispossessed 17 times and only completed one of his three attempted dribbles.