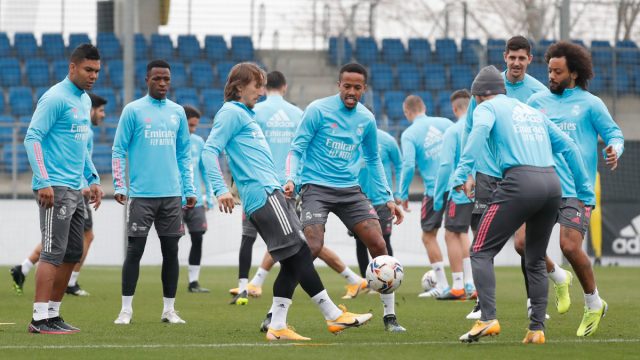 Real Madrid have handed opportunities to Sergio Arribas and Antonio Blanco ahead of their clash against Levante in the La Liga.

Madrid goes into the game with just 14 outfield first-team players due to injuries to some integral members of the team, including Sergio Ramos, Dani Carvajal, Nacho Fernandez, Federico Valverde, Lucas Vazquez and Rodrygo Goes.

However, Victor Chust, who made his debut for the club in the Copa del Rey loss to Alcoyano has also been included in the squad to face Paco Lopez’s men in Saturday afternoon’s clash.

Here is the full list of players called up by David Bettoni for the league game: