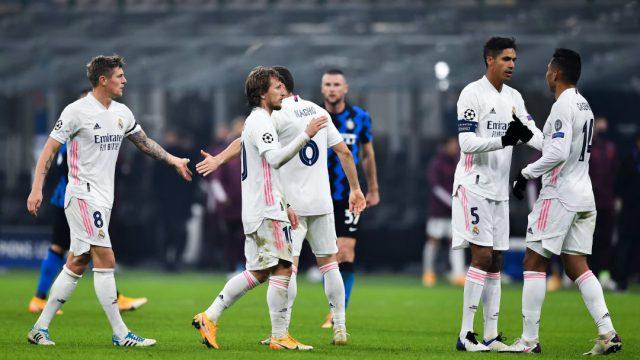 Zinedine Zidane is back to smiling on the pitch side once again and not only him, Real Madrid are also back with the same gang.

In the last four games the team has played, they have recorded four wins in all while also keeping three clean sheets in the process. One will say this has been largely due to the return of Sergio Ramos who has been a spark at the back.

However, if there is any credit three of the squad’s best deserve it as well. Luka Modric, Casemiro and Toni Kroos have all played in all but one of the four games (Against Sevilla, Borussia Mönchengladbach and Atletico Madrid).

The midfield trio have won the heart of the manager once again and it is no fluke that he has decided not to rotate his squad so much in these times.

Even with games coming quick on a bounce, Zidane has kept the same midfield that many considered to have become ‘tired’.

In that same period, the three players have been directly involved in four goals with all of them contributing to at least a goal. That is how important they have become for the club.

A 35-year-old Luka Modric has been running across the full length of the pitch with the same intensity, closing down oppositions’ attacks and creating chances up the field.

For Casemiro, intercepting play and shielding his backline has always been his job and it is interesting to see how he has kept his cool in high tension games even when he is on a card. His presence brings physicality to the Madrid midfield and steps in for both Modric and Kroos when they are in the wrong foot.

Per what statistics has recorded, the Germany international has never gone below the 92% pass accuracy since making his debut in the Spanish league. The 30-year-old’s range of passing opens up spaces and allows the club to dictate the tempo of the games they place.

With less difficult games coming up in the next few weeks, Zidane would consider giving them a rest in between such games but he will also be cautious of causing the while team a severe damage in a crucial time like this.

Whatever the case may be, there is no denying that the magical trio have become important once again for the Los Blancos.