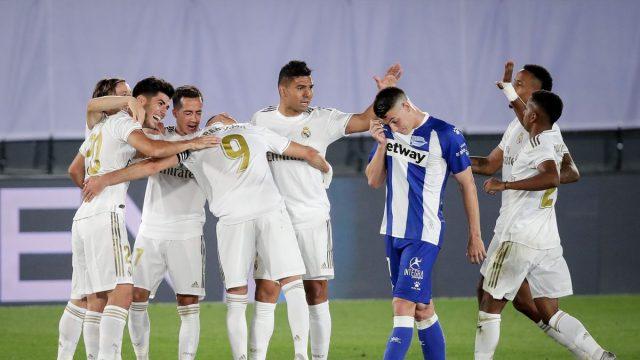 Zinedine Zidane’s men started the night with just a point lead at the top of the table, having seen second-placed Barcelona beat Espanyol on Wednesday to close the gap.

However, goals from Karim Benzema and Marco Asensio restored Los Blancos four point lead at the top of the league standings with three matches to go.

The win also meant that Madrid, who have now won eight consecutive games since the league’s restart are now two wins away from getting their hands on the La Liga trophy since last doing so in the 2016/17 season. 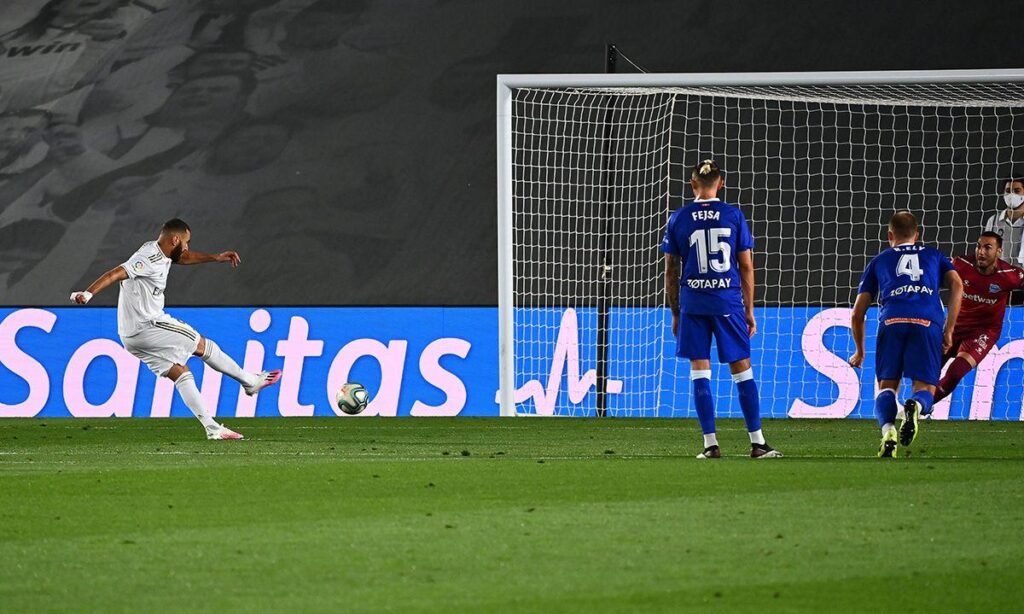 Alaves started the game as the better side with Joselu hitting the crossbar before the rebound was cleared off the line by centre-back Eder Militao.

Madrid grew into the game after the away side’s miss with Benzema converting from the sport after Ferland Mendy was brought down by Ximo Navarro after 11 minutes.

Both teams headed into the break with the score at 1-0 for the home team.

Shortly after the recess, the former France striker turned provider this time around as he squared the ball to Asensio after an individual brilliance from Rodrygo. 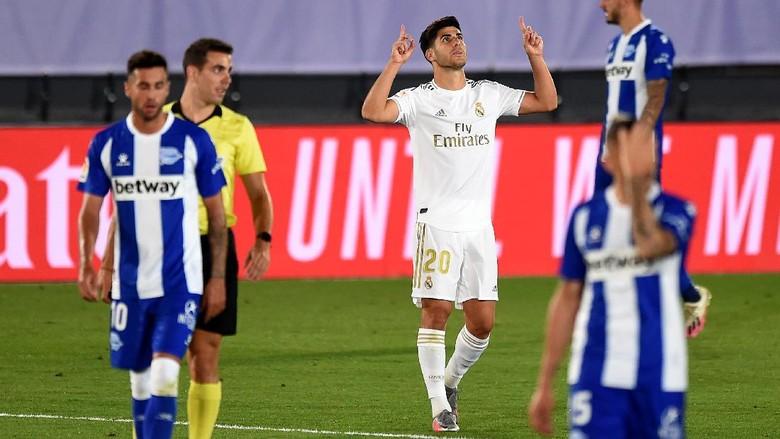 The Spaniard made no mistake as he managed to strike the ball past Roberto Jimenez in the Alaves post to double the league leader’s lead.

Goalkeeper Thibaut Courtois also added a clean sheet on the night to take his tally to 18, three ahead of Atletico Madrid’s Jan Oblak in the race for the 2019/20 Zamora trophy.

Militao and Lucas Vazquez were the makeshift for the Madrid manager who was without captain Sergio Ramos and right-back Dani Carvajal due to bookings received in the previous game against Athletic Bilbao.