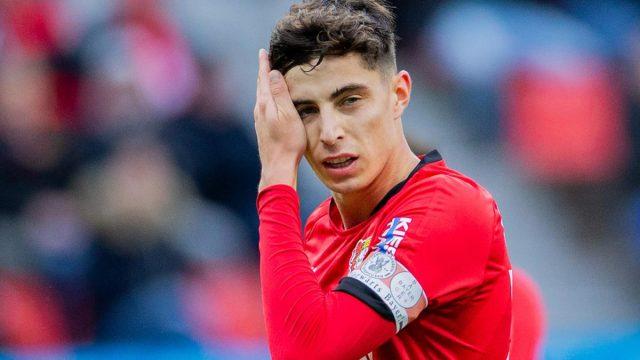 Real Madrid have reportedly tabled an €80 million offer to Bayer Leverkusen in an attempt to sign star man Kai Havertz.

The offer is said to include a deal which could see Havertz at the BayArena on loan for a season before moving to Spain.

Bayern Munich, Chelsea, Liverpool and Manchester United are number of clubs who are also interested in signing the Madrid target ahead of the summer transfer window.

The German side are said to be keen on keeping the 20-year-old at the club but are aware that a huge fee could force them to sell the prodigy who continues to impress.

Havertz valuation has been set at €100 million but that could be a whole lot to demand especially in the season most clubs find themselves in.

However, according to German outlet Bild, Los Blancos are willing to offer €80 million for the player which includes the possibility of allowing him to stay at Leverkusen for the 2020/21 season in order to continue his development. 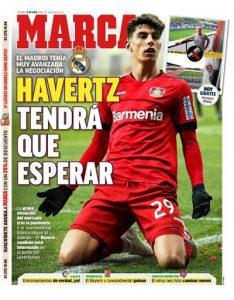 Leverkusen sporting director Simon Rolfes told Marca: “We don’t know yet what will happen to Kai. We know that all the greats from Germany and Europe are after him and that he has the ability to play anywhere.

“He is a fantastic player and, for many years, Bayern has always been behind the young talents of Germany.

“But we have to wait, there are many factors that can have an influence. His future is not yet decided at all.”

Should any deal as such be agreed on, Madrid could also be a beneficiary as they look to find a way to survive the likely financial crisis that the coronavirus pandemic could bring.

There is no doubt the young player has done enough to be worthy of the speculations surrounding his future. His recent performances for the club is just the perfect addition to his exciting personality.