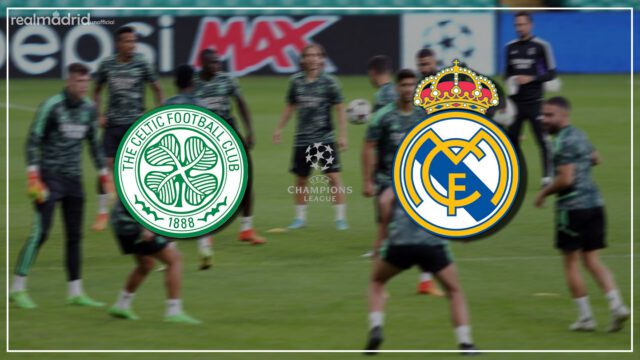 It’s been a few months since Real Madrid emerged as 2021/22 UEFA Champions League winners, an achievement that took them to win their 14th Champions League title in the competition’s history after beating Liverpool one goal to nil in May. Tomorrow marks the beginning of their title defence in the competition as Los Blancos battle it out with Scottish based club Celtic F.C in their first group stage encounter.

Celtic have enjoyed a good start this season, winning all seven matches they have played so far They will be taking inspiration from their 4-1 win over their bitter rivals Rangers over the weekend heading into this game.

On the other hand, the Los Blancos have also had a perfect start in their domestic competition, winning all matches and topping their league log at the moment.

The previous time these two teams faced off was in the quarterfinals of the 1979–80 European Cup, where Madrid won the reverse match 3-0 to proceed to the semi-finals after losing the first leg 2-0 in Glasgow.

Celtic has dropped eight of their previous ten Champions League games against Spanish opposition (winning the other two), including all four of their most recent encounters, which came all against Barcelona from 2013 to 2016.

Real will play a Scottish club for the first time in Europe since losing the 1983 Cup Winners’ Cup final to Alex Ferguson’s Aberdeen 2-1 in extra time.

The game promises to be very entertaining and competitive as well as both sides are aiming to start off the campaign on a nice and good note.

Our focus will be on how Real Madrid lineup against Celtic FC in this dicey showpiece:

Madrid head coach Carlo Ancelotti has travelled with the same 22 players that were involved in Saturday’s 2-1 win over Real Betis in La Liga.

In the goal post, Belgian shot-stopper Thibaut Courtois will be in between the sticks. He’s been impressive since the start of last season and looking at the top-level performances he gave the team last season in the competition, benching him will not be ideal.

At the back line, a back four of Carvajal, Militao, Alaba and Mendy is expected to be used by the veteran gaffer. This back line was used on several occasions last season in the competition. The rock-solid Alaba -Militao centre-back pairing looks more compatible than other pairings Ancelloti have used in the league matches so far and the duo complement each other very well.

In the middle, following Casemiro’s departure to Manchester United, Aurelien Tchouameni has stepped in the defensive midfield role very well and he’s been impressive in the matches he has played.

Luka Modric, Toni Kroos and Federico Valverde will complete the midfield on Tuesday. This midfield is well balanced and in a case where Madrid will opt for a front three, Valverde will play as a false winger.

Only Cristiano Ronaldo has scored more goals in a single season than Benzema did with 15 goals in the Champions League last year (17 in 2013-14, 16 in 2015-16). With 86 goals overall in the tournament, the Frenchman is on level with Robert Lewandowski for third place all time, trailing only Lionel Messi (125) and Cristiano Ronaldo (141). He will be accompanied by Vinicius Junior, a key player in the team. The young Brazilian is in fine form to cause troubles to his opponents coming Tuesday. He scored 4 goals and assisted 7 times in the 13 matches he played in the competition last year.

The match will take place at exactly 7:00 pm at Celtic Park in Scotland.