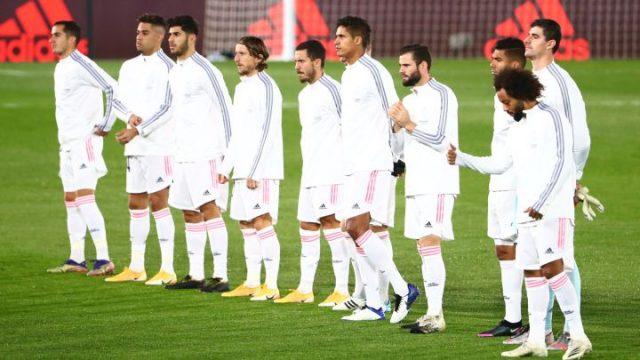 Real Madrid will head to Seville on Saturday to take on Sevilla on their next league game after their defeat to Deportivo Alaves last weekend.

Once again, their poor performance came to play again in midweek in the defeat to Shakhtar Donetsk in the UEFA Champions League, leaving their qualification hopes hanging.

The match against Julen Lopetegui’s men will be the best possible time for redemption and that is exactly what Zinedine Zidane and his side will be gunning for.

Knowing that his post as manager of the Los Blancos could be coming coming under heavy criticism should they lose, the gaffer is likely to put out his best team available.

This is could the fourth-placed team could lineup against the Seville-based club:

The goalkeeper trained alone in the facilities on Thursday but rejoined the group for the Friday sessions. He is expected to keep his place in the team once again on Saturday.

With Dani Carvajal only fit to do individual workouts, Lucas Vazquez will continue as the makeshift at right-back while Ferland Mendy will also continue at left-back.

Raphael Varane and Nacho Fernandez will keep their places at the heart of defence with Sergio Ramos only looking to be back for the Champions League game against Borussia Mönchengladbach.

Considering how the midfield of Sevilla has played in recent times, Luka Modric will likely play yet another game in succession while he will be partnered by Casemiro and Toni Kroos. The Brazilian will have to be careful because a yellow card could make him unavailable for the next league game.

Zidane is poised to start Vinicius Junior on Saturday after the decision to start Marco Asensio together with Rodrygo Goes didn’t go quite to plan. While Karim Benzema leads the line, Asensio will be operating from his right-hand side.