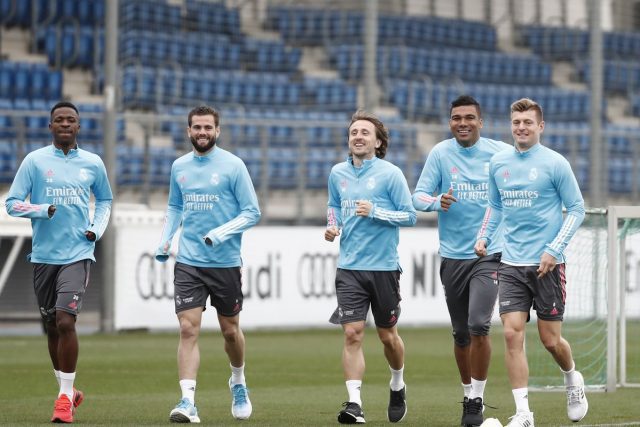 Real Madrid has flourished in their last four games in the Spanish top flight, beating the likes of Huesca, Getafe, Valencia and more recently Real Valladolid over the weekend.

In Atalanta, they face fierce opposition, who have become one of the best teams in the Italian league, a free-scoring side with beautiful counter-attacking football to suit their abilities.

Zinedine Zidane has sometimes been criticised for the way he has chosen his team when it matters most but with injuries settling into his camp, there are few changes the gaffer can make to his starting lineup at the moment.

Here, we look at the best possible way the Frenchman could approach the game with regards to his starting XI;

Out of six group stage games, Courtois managed two clean sheets however the narrative has differed in the La Liga competition. The Belgium international would be needed if his team are to avoid conceding too many goals in Italy.

The backline is expected to be unchanged for Madrid on Wednesday, with Zidane likely to go with the same people who played against Valladolid over the weekend. Vazquez and Mendy will take up the full-back roles while Varane and Nacho stay central.

The midfield trio were key to Madrid turning around their Champions League season and if there are any players capable of sparing the blushes of the team, they are the ones. Zidane will hope they turn up as they did in Milan against Inter on match-day four of the group stage.

The weekend might have been a poor one for Marco Asensio, Mariano Diaz and Vinicius Jr but they have a chance to prove their quality on the European stage on Wednesday. With Karim Benzema out, the forward line will need to link up more often in the game if they are to cause problems for the opposition.