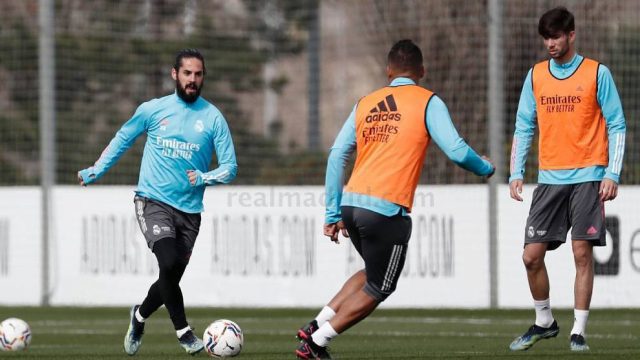 With some notable injuries striking the team in the last few months, Real Madrid will go into the game against Real Valladolid with just 12 first-team players.

The club ahead of the UEFA Champions League tie with Atalanta would have loved to make rotations. However, the injury crisis in the team looks far from ending anytime soon.

In this piece, we look at how Zinedine Zidane will line up his squad for the league encounter at the Jose Zorrilla Stadium;

Courtois has managed 10 clean sheets in the competition this season, only one behind Atletico Madrid’s Jan Oblak. He has been one of the best performers at the club this campaign.

In the absence of Daniel Carvajal and Sergio Ramos, Lucas Vazquez and Nacho Fernandez will be restored to the set up once again. The pair have been crucial in the last three games the team has won, contributing to the two clean sheets in that period.

Luka Modric and Casemiro have seen no rest while Toni Kroos’ only absence came through suspension. It is unlikely that Zidane will make alterations to the midfield department with the league still open at this stage.

Karim Benzema is set to miss out on Saturday due to some discomforts suffered in the win over Valencia. He missed the last training session on Friday meaning Mariano Diaz will likely come into the team while Hugo Duro is also expected to travel with the squad.