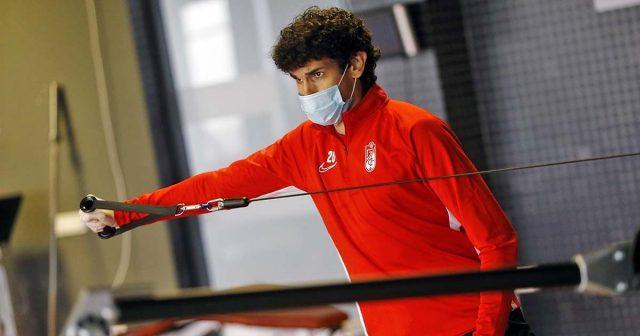 Madrid are said to be prioritising player departures this summer and with Javi Sanchez and Achraf Hakimi already offloaded, the club are looking to ship out Vallejo as well.

According reports by AS, the defender is now on the brink of leaving the Santiago Bernabeu in a permanent deal. The 23-year-old was tipped to extend his loan spell at Granada for another, with another option being sent on loan to Real Zaragoza (should they earn promotion into the Spanish top flight) to gain enough playing time.

With coronavirus pandemic expected to his the finances of clubs, Madrid have been forced to make changes to their initial transfer plans.

Los Blancos are said to be willing to allow the player leave in a cut-price deal, as they aim to insert a buy-back clause into any deal for him.

The reports goes on to say Zinedine Zidane’s side will be convinced to sell for a fee in the region of €7-€8 million, though the former Spain Under-21’s salary may be another hurdle in the way.

Granada are the most likely to strike a deal with Madrid should they be able to meet the economic demands of both the player and the Spanish capital side.

However, Vallejo still has a possibility of continuing at Real Madrid should veteran Nacho Fernandez request to leave the club in the summer.

Madrid are not looking to make any huge investment on a centre-back considering the fact the paid €50 million to Porto for the arrival of Eder Militao last summer.