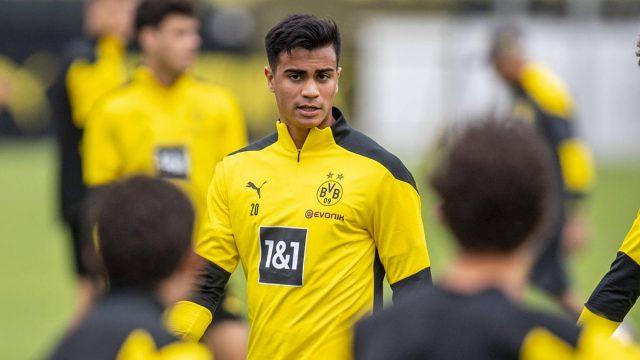 Real Madrid are reportedly said to be unhappy about Reinier Jesus’ playing time since moving on loan to Borussia Dortmund during the summer transfer window.

According to AS, the player’s lack of minute has left the club not too convinced and left both the player and the Spanish club unhappy.

The Brazil youth international is on a two-year loan spell with Lucien Favre’s side and has had a total of just 106 minutes in six appearances for the German club thus far in the 2020/21 campaign.

The signing of Reinier was one that was heavily pushed by the Black and Yellows in the summer and the lack of playing time at the Signal Iduna Park has left Madrid shocked considering the efforts Dortmund made to secure his loan signing.

Madrid were hoping in German, the attacking midfielder’s development would be steady considering the many options in the Dortmund team at the moment with the likes of Jadon Sancho, Julian Brandt, Giovanni Reyna and Marco Reus all ahead of the Brazilian.

The reports also add that the Spanish giants will be keeping a keen eye in the next few months and could make a decision should his situation be unchanged.

It is worrying to see that the 18-year-old is yet to enjoy the needed minutes he was craving for when he moved to Europe, knowing that he could have had those regular minutes at a different team.

Reinier is on of the many young players Madrid have serious interest in and continue to see him as part of the long term project at the club.

While hoping Favre will do them a favor of playing him more actively, they will also be thinking of a ‘Plan B’ should nothing new pop.