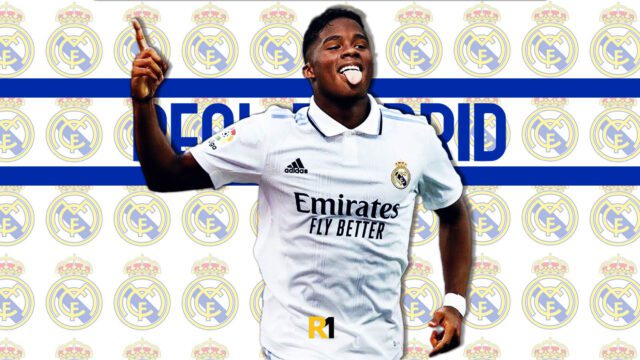 When his name first emerged, not too many people fancied watching out for him but Endrick Felipe could soon be the next big thing in world football.

Real Madrid are on the verge of sealing the signing of the youngster on a long-term contract according to ace journalist Fabrizio Romano.

▫️ Real have no guarantees to make deal official this weekend.

▫️ It could take more days to resolve with FIFA and then sign documents.

▫️ Expectation is for process to be completed within December.

Paris Saint-Germain, Barcelona, Chelsea and Manchester City are reportedly interested in the Palmeiras forward but Madrid looks set to snap him up.

The imminent signing of Endrick continues to prove why Florentino Perez is not willing to miss out on any Brazilian talent after failing to sign Neymar Jr.

Since then, Madrid have splashed big money on Vinicius Jr, Rodrygo Goes and recently Reinier Jesus, who seems to be the only one struggling but even that had not stopped Madrid from going into the Brazilian market.

The latest report indicates that Real Madrid and Palmeiras are finalizing the deal for Brazilian wonder kid Endrick, with the deal expected to be closed before the end of the year.

The total package of the deal will be worth €70 million including taxes and bonuses, according to a report published today on Brazilian outlet UOL Esporte though others have reported Madrid could end up spending €72 million.

With Endrick being only 16 years, he is not expected to arrive at the Spanish capital until 2024 when he has turned 18, reason being that FIFA does not allow underage players to make their debut for teams from other continents.

Hence, the teenager will continue with Palmeiras until the start of the 2024/25 season in Europe.

In the Brazilian market recently, Madrid have had successes with Vini and Rodry, who despite early struggles have gone on to become regulars in the team.

The pair were instrumental to Carlo Ancelotti’s side winning a 14th European title at the end of the 2021/22 season when they defeated Liverpool in the final.

Though there is still a long way until the Endrick deal is wrapped up, Madridista have a lot to cheer about with the kind of players the club seems to be interested in, in recent times