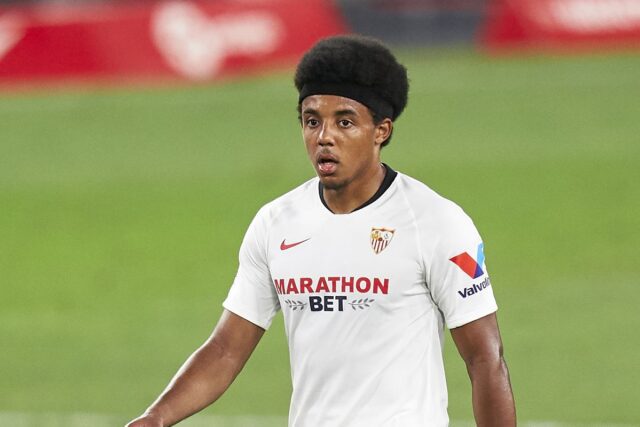 According to reports in the Spanish media, the Los Blancos are considering a 50 million euros offer for the France international, who was instrumental for Sevilla last season.

Madrid have lost veteran defender Sergio Ramos after he failed to extend his contract at the Santiago Bernabe while Raphael Varane has been linked with a move away from the club in the summer transfer window.

The youngster is seen as a number one candidate to step in at the club should Varane also follow Ramos out of the club, with Carlo Ancelotti also keen on the player.

Kounde is also said to be a target for English clubs Chelsea, Manchester United as well as Arsenal but Madrid are the ones keen on the centre-back.

Sevilla will hold out for an 80 million euros offer, which is Kounde’s release clause in his current contract at the Sanchez Pizjuan stadium.

Madrid already have David Alaba, Eder Militao, Nacho Fernandez, and Jesus Vallejo at their disposal but are still looking for reinforcements in the defensive department.

Signing Kounde for 80 million euros may seem a difficult ask for Madrid at the moment, with reports suggesting they have prioritised the signing of Kylian Mbappe or Erling Braut Haaland this summer.