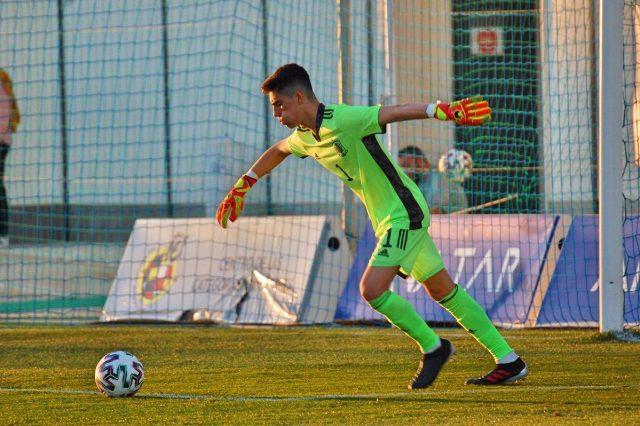 Real Madrid are set to acquire the services of promising youngster Mario de Luis from Rayo Vallecano in the summer.

The goalkeeper said his farewell message to Vallecano on Tuesday through his social media handles and is expected to become the latest addition for Madrid’s youth team.

The teenager expressed his gratitude in a letter while also adding that the club will forever be in his heart, with a new journey on the horizon.

“It’s a complicated day for me. Today I have to say goodbye to what has been my home for the last four seasons. There are many memories, emotions, images of everything I experienced at this club”, Mario De Luis started saying.

The 18-year-old also credited Paco Jemez and his coaching staff for teaching him “what it means to be a professional”, as well as thanking all players from the first-team squad.

Spanish media out AS are also reporting that the youngster will put pen to paper on a four-year deal and will play for Los Blancos’ Juvenile A side starting next season.

The fee involved in the deal is yet to be disclosed by both parties as they await official confirmation.

He will join the youth, managed by Madrid legend Raul side in July when they return to work to prepare for the UEFA Youth League, which will start on August 16.