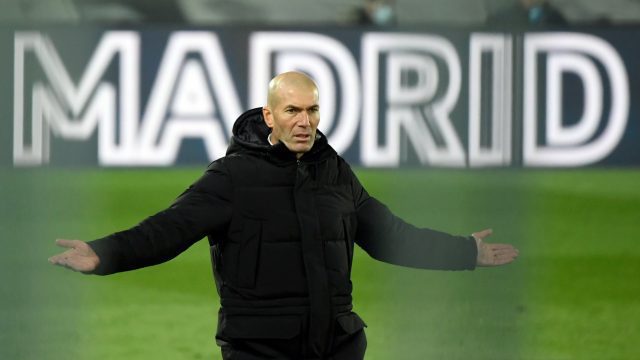 Real Madrid has been left stunned by their recent performances in the transfer window which has seen them struggle for the majority of the past year.

The club may have won at least two trophies during that period, but they have had to pay a serious price for some decisions that were taken in the past.

This was evident from their last game, against CD Alcoyano in the Copa del Rey, which saw Zinedine Zidane’s men eliminated from the competition at the hands of the Spanish third division team.

The Spanish giants could have presented a starting lineup which would have had Keylor Navas at PSG, Achraf Hakimi at Inter, Pepe at Porto, Danilo at Juventus, Sergio Reguilón at Tottenham, Mateo Kovacic at Chelsea, Dani Ceballos at Arsenal, James Rodríguez at Everton, Marcos Llorente at Atlético, Brahim Díaz at AC Milan, Borja Mayoral at Roma, Álvaro Morata at Juventus or perhaps even had former Talisman Cristiano Ronaldo in the team. That wouldn’t have been all, Gareth Bale, Luka Jovic and Martin Odegaard could have all made the team squad for the game on Wednesday.

However, the team has been left weakened by the decisions of the club’s hierarchy, and have also not had enough help from these signings they have made over the years.

The team has a number of aging players in the squad and have been allowed to host some vital role in the team, such that even when given opportunities the fringe players have failed to prove why they deserve a spot in the starting lineup. Even when the manager has thrown in senior first-team players, they have failed to get the job over the line.

Departures have hardly been witnessed at the Santiago Bernabeu but while that has been missing, huge investments have been made into the squad with a majority of those being useless. It is notable to know that amongst the spendings, only a few have assumed a regular place in Zidane’s team.

The rationale behind the club’s current situation has got be the top manager’s decision to go ahead with the stadium revamp rather than the main team. They have created a mess with the team and constantly tried shabby words to fix these situations while also asking Zidane to work miracles with the same squad too.

Zidane’s frustration can no longer be hidden despite having at his disposal a whole lot of players. The reason being that most of them are players he does not want, and now he keeps bearing the pressure of any unfortunate result.

We have seen the club apportion the current state of finances at the club on the coronavirus pandemic, but these allegations are very misleading. The only true and factual issue here is the fixation on stadium over squad while attempts to call for a European super league are all theatrics to take attention from the truth.