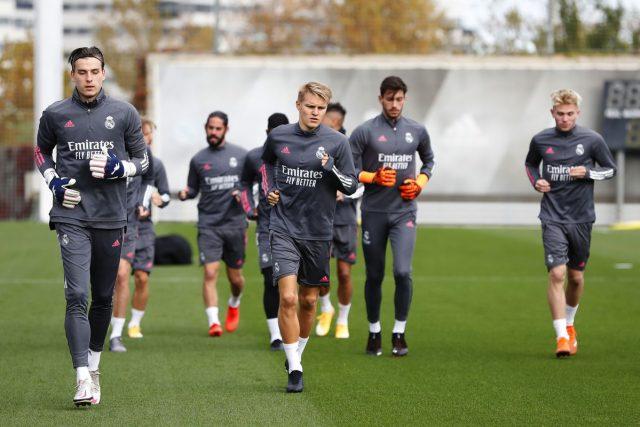 Real Madrid are unbeaten in their last four matches across all competitions, and will be hoping continue that streak ahead of the international break next week.

The club had earlier suffer from continuous injuries to some of their key players before and after the last break they went.

However the manager was able to recover from a two-game mess against Shakhtar Donetsk and Cadiz to win three out of his last four matches while also picking up one draw.

Ahead of this weekend’s clash against Valencia, Zinedine Zidane has quite a number of players returning from injury and could almost have a full squad available except for some one or two players.

Here is the latest round up of Madrid’s latest injury and suspension news ahead of the game against Los Che on Sunday:

Dani Carvajal has missed Real Madrid’s last seven games as a result of the knee injury he suffered in training. He was expected to be out until the early stages of December but the right-back has already started his recovery on the grass.

Just like Carvajal, the Spain international has also been on the sidelines in the last seven games as he continues to recover from a calf injury. He could be included in the squad for the game against Javi Gracia’s side though.

The Brazil international after his much improved performance against Huesca last weekend has been diagnosed with coronavirus. Meaning he will miss the game against Valencia as well.

Nacho Fernandez to struggle with a thigh injury that has kept him out of action since the 3–1 win over Barcelona two weeks ago. The veteran defender is expected back after the international break, likely the game against Villarreal.

The Norway international has been training with his teammates in the last couple of days and could make his comeback in the encounter against Valencia at the Mestalla Stadium. He’s has featured in just two games so far this campaign.

Real Madrid have no player suspended through card accumulation or any misconduct prior to the clash on Sunday.