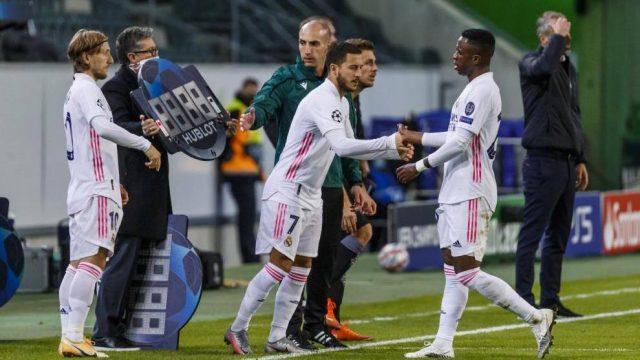 Spanish League continues this weekend for Real Madrid who will face Huesca at the Alfredo Di Stefano Stadium.

Real Madrid have had a good start to the league season so far, amassing 13 points from six games played thus far – Four wins, one draw and one loss.

The game against the promoted side SD Huesca will be another tricky test for Zinedine Zidane’s aide considering their only defeat in the La Liga so far has come against one of the teams that gained promotion this term.

In this article we take a look at the Real Madrid team with regards to injury news and suspensions ahead of Saturday’s game against Michel’s men.

Quite a number of players are expected to be out of the encounter through respective injuries including Dani Carvajal, Alvaro Odriozola, Nacho Fernandez, Martin Odegaard and Mariano Diaz.

We give you a detailed information about their unavailability for the clash and their possible return date as Madrid look for another win after beating Barcelona last week.

The right-back has missed the last five games for Madrid through a knee injury. His absence has been highly noticed though Nacho and Lucas Vazquez have tried to fill the void.
Carvajal is expected to return to action after the next international break and could be a huge boost for Zidane’s men.

Brought back from his loan spell this summer, Alvaro Odriozola is expected to serve as the cover for Carvajal but it is sad to see both players sidelined in the early stages of the season. Just like his country man, the youngster has also missed Madrid’s last five games and is a huge doubt for this weekend’s game against Huesca.

Though his injury is not that serious, this weekend seem to early to allow his entry onto the pitch.

Nacho Fernandez came off in the 3-1 win over Barca last week with a thigh injury. He was not in the squad for the game against Borussia Mönchengladbach in midweek and is also a major doubt to face Huesca.

The Norway international will once again sit out of the Los Blancos game this weekend through a calf injury. The midfielder started the first two games of the season but suffered a calf injury in training. It is unknown where he will return to action but the club is optimistic he is not far from coming back.

Mariano Diaz has struggled with injuries since returning to the Santiago Bernabeu. The forward recently underwent a surgery for tonsillitis. He is also a major doubt for the game though he has resumed training but lacks fitness.