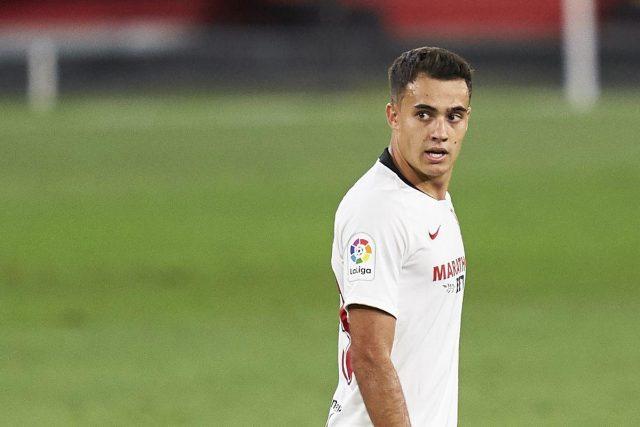 Real Madrid and Tottenham Hotspur have reportedly reached an agreement over the transfer of defender Sergio Reguilon this summer.

Per reports in Spain, the Premier League side are expected to dish out 30 million Euros for the left-back, beating off competition from Manchester United and Sevilla.

United were very keen on the 23-year-old and had reported agreed personal terms with him, however the Red Devils were short of the terms Madrid were demanding to be included in the deal.

Publications also claim that the deal will be announced this week with Thursday cited as the possible day for the confirmation. The deal will also see the Spanish giants have a buy-back option in the deal for the next two years valued at around 35 million – 40 million Euros per the same reports.

Reguilon, who made his debut recently had a blossom season during the 2019/20 campaign during his season-long loan spell at Sevilla.

The left-back made 38 appearances across all competitions for Julen Lopetegui’s side last season and was involved in eight goals, scoring three times and providing five assists for them.

He also helped the club to secure Champions League qualification for the 2020/21 campaign while also playing a part in their Europa League triumph over Inter Milan.

For Madrid, the clauses will be a greater part of the deal and a huge advantage for them considering Marcelo has just few years in him to stay at the club.

And at just 23, Reguilon has a lot of time to develop and get back to the Santiago Bernabeu, which he has always referred to be as a dream for him.

AS: Gareth Bale ‘sees himself’ playing for Real Madrid next season; Spurs have no first refusal in current deal