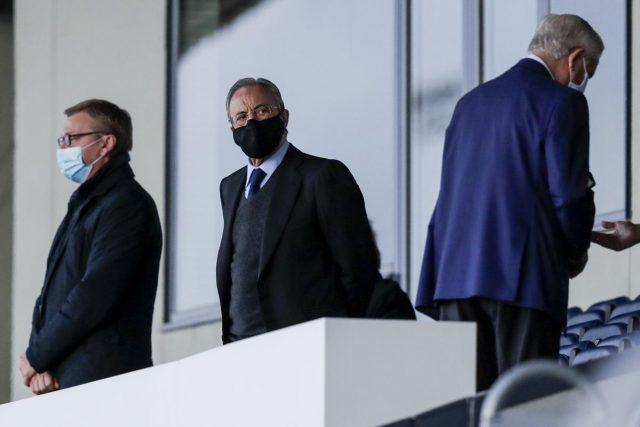 According to emerging reports in the Spanish press, Real Madrid are once again unlikely to make signings in the next transfer window.

The Los Blancos made no major signing to the squad that won the 2019/20 La Liga title and the only significant arrivals were that of some notable loan players.

Some of these were Martin Odegaard and Andriy Lunin, who were brought in to fill the void left by Alphonse Areola and James Rodriguez.

As part of dealing with the adverse effect of the coronavirus pandemic, the club were more focused on player sales rather than spending to bring in new faces into the team.

However, that trend looks certain to continue in January as well with Marca’s Jose Felix Diaz claiming that Florentino Perez is unlikely to dig into the winter transfer window to make additions to the squad.

The publication claims that the club is finishing the budget for 2020. It cites that the reduction in both budget and income will reach about €200 million for the year, which means Los Blancos will not be very active at all in the next transfer window.

Per the same report, it insists that the lack of supporters at the stadium since the return of football last June is what has had an effect on this year’s budget, adding that the club will continuing to have their games at the Alfredo Di Stefano Stadium as long as fans are not allowed to attend games.

After a series of injuries to some key players in the squad, there have been several calls for the club to consider making additions to Zinedine Zidane’s team, but those calls are set to be ignored.

The club believes the talent at Zidane’s disposal are capable of challenging for every title this season and would not want to spend to hamper the progress of any of them.

Real Madrid have started brightly in their quest to defend the La Liga title, winning all but just two of their games so far in the competition (draw with Real Sociedad and losing to Cadiz).

However, their performance in Europe has not been the best thus far, with just one point taken from a possible six and they also play Inter Milan in their next two games in the Champions League.

For now, all we have got to do is to wait and watch how things unfold in coming weeks when the budget is eventually finalised.