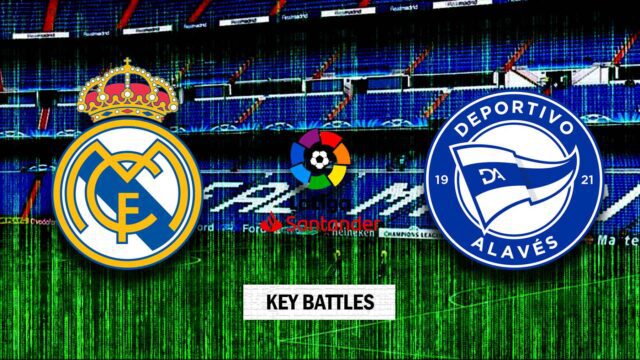 At no point in the first round of the season did anyone doubt the abilities of Real Madrid. However, the second half of the season has been different and Carlo Ancelotti has been under massive pressure, especially in the last four games.

During that run, the team has won just one game, losing two. The Los Blancos have also scored once in that time, which has been a worry.

The performance against Paris Saint-Germain in midweek was a growing concern and Ancelotti is bent on not being willing to be in the news for the wrong reasons again.

On Saturday, Real Madrid comes up against Deportivo Alaves, who have found consistency a challenge this season, in their 25th league game of the 2021/22 campaign.

We take a look at some encounters to expect in the game at the Santiago Bernabeu.

Marco Asensio looked non-existent in the game against PSG on Tuesday, but he was not the only one as almost all of the team failed to match up with the Ligue 1 side’s intensity.

However, in the league, Asensio has been one of Madrid’s best performers and is the only player to have scored in the club’s last four games.

Over the weekend, the winger will come up against Ruben Duarte, who despite a difficult season has put in some good performances for Alaves.

Alaves has conceded the second-most goals in the league so far this season after Levante.

After playing the full minutes available in France, Karim Benzema will be looking to get onto the score sheet against Alaves. The Frenchman has not scored in the last two games for the club and was forced to sit on the sidelines after picking an injury.

However, his return to action should be a confidence booster for Ancelotti, who has come under strong criticism in the last few games.

Joselu has also found the back of the next 12 times for Alaves, making him their top-scorer in the league this term. With two goals in his last two games, the forward will be fighting for the headlines with Benzema.

Another contest to keep an eye on will be the battle between Casemiro and Mamadou Loum. Both players serving as the defensive midfielders for their respective teams will have much of the work to do by breaking down attacks and ensuring their sides can come out on top.

Casemiro had an okay game against PSG but it was enough to ensure at least a draw and he will be hoping a solid performance against Alaves will be the way to go.