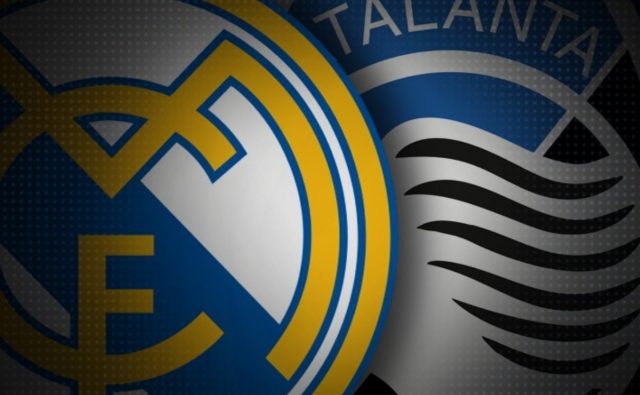 Real Madrid will square off with Atalanta in the second leg of their round of 16 UEFA Champions League tie at the Alfredo di Stefano Stadium tonight.

The Los Blancos pose a first-leg advantage having beaten the Serie A side in Italy in the earlier fixture, courtesy of a goal from Ferland Mendy.

Atalanta has upped their game since that performance, losing just one of their last four games in the Italian Serie A.

Madrid, on the other hand, are yet to lose in their last eight matches across all competitions, keeping four clean sheets during that time.

They will look to end Atalanta’s hopes of advancing to yet another quarter-final stage of the Champions League having done the same last season.

Eden Hazard suffered another set-back on Monday and will be unavailable to face the Serie A side in midweek. Alvaro Odriozola, Daniel Carvajal and Mariano Diaz are all out of the game while Marcelo could be on the cards.

Casemiro also suspended due to card accumulation, with Federico Valverde the likely replacement.

For the away side, Gian Piero Gasperini will be without the services of Freuler who was shown a red card in the first game. Hans Hateboer will also miss the encounter as a result of a foot fracture.

With Giasperini’s men having nothing to lose, they will go all out in Spain hoping to steal a march on the 13-times European champions. However, experience may likely be the advantage for Zinedine Zidane and his squad.