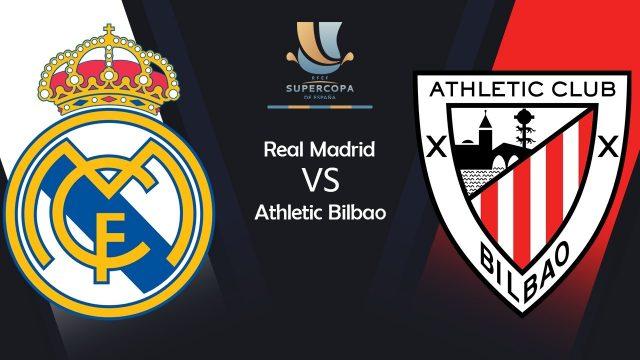 Real Madrid will look to defend their Spanish Super Cup title when they face Athletic Bilbao in the second semi-final of this year’s edition on Thursday night.

Madrid and Bilbao have already faced off once in the 2020/21 campaign, meeting in the La Liga competition last month where the Los Blancos ended up as winners with a 3-1 scoreline.

Since then, Bilbao have gone to play five games across all competitions, winning two, drawing two and losing one, while Madrid on the other hand have dropped 4 points from a possible 15 within that time frame.

Knowing that a potential El Clasico could happen on Sunday, Zinedine Zidane’s side will hope their best is enough guarantee them a spot in the final at the expense of Marcelino’s side.

Madrid are unbeaten in their last five games against the Basque club, and their last defeat to Bilbao came during the 2014/15 La Liga campaign, which they lost by a goal to nil.

Dani Carvajal and Luka Jovic are unavailable for the semifinal in midweek but could be ready for selection should the White Angels make it to the final. Rodrygo Goes is still sidelined having picked up an injury against Celta Vigo.

Yeray Alvarez, Unai Lopez and Peru Nolaskoain Esnal are all out due to respective injuries suffered this season. Aside that Marcelino had everyone available for selection on Thursday night.