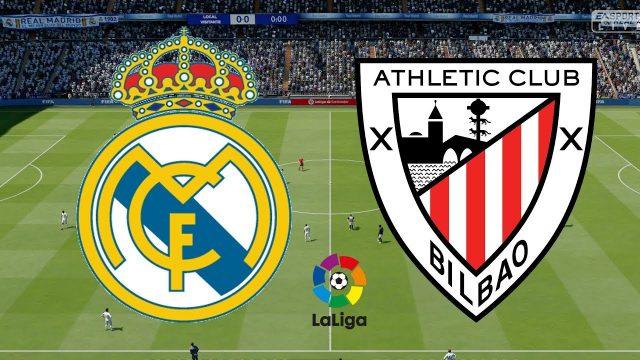 Zinedine Zidane will have the chance to win Real Madrid fans once again when his side host Athletic Bilbao at the Alfredo Di Stefano Stadium on Tuesday night.

The defending champions are hopeful of making it three consecutive wins in the Spanish La Liga after beating Sevilla and Atlético Madrid in their last two games.

Athletic are winless in their last three games and had to struggle for a point away from home in their last game against Valencia.

Having beating Diego Simeone’s side last weekend, Madrid moved into third position and now find themselves three points behind both Atlético and Real Sociedad while Athletic occupy the 12th position.

The Basque club have lost half of their 12 league games so far and Tuesday will be an opportunity to start a massive turnaround.

After his comeback from injury against Atlético, Federico Valverde is set for a start on Tuesday considering Casemiro is suspended as a result of card accumulation. Eden Hazard and Luka Jovic miss out through injuries while Mariano Diaz and Martin Odegaard are doubts for the encounter.

For Gaizka Garitano, he will be without the services of Peru Nolaskoain through an injury. Mikel Vesga’s involvement is also in doubt, aside that there no injury concerns for Athletic.

It’s is expected that Madrid will continue their impressive performance on Tuesday against Athletic although the latter could pose a better threat to their opponent.