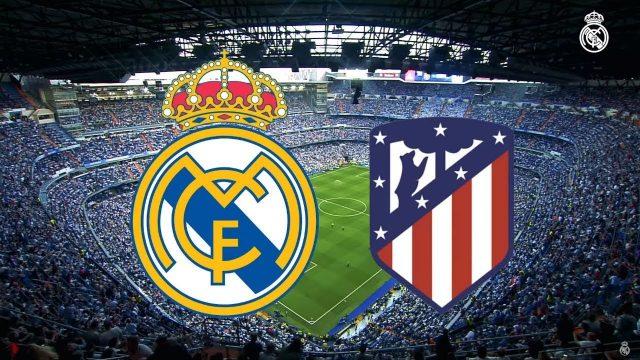 It will another much anticipated contested in the history of Spanish football once again when Real Madrid welcome Atletico Madrid to the Alfredo Di Stefano Stadium on Saturday night.

Zinedine Zidane’s men currently occupy the fourth place on the league table after a couple of bad results in the last few weeks, leaving them six points behind Atletico who are leading the table despite playing a game less than their opponent.

The defending league champions have defied all odds within the last week to rediscover their bragging rights after being under immerse pressure after a poor run of games. They were in danger of getting knocked out of the UEFA Champions League while also losing ground in the league.

However, back to back wins over Sevilla and Borussia Mönchengladbach has seen them make progress while clearing doubts about the manager’s managerial position.

The La Rojiblancos are flying high in the Spanish division in the 2020/21 campaign and it is worthy to note that they have racked seven consecutive victories in their last seen games while they are yet to concede a goal in their last four games. In the league, they are yet to lose a game this season which adds up to their impressive achievements so far.

It is also worrying to note that the league leaders have not won against Madrid since February 2016 and have lost only one of their last seven visits to their rivals.

Having returned from injury against Mönchengladbach on Wednesday, Sergio Ramos is expected to continue his role at the back of the team and could likely be joined by Dani Carvajal who also made the bench in midweek.

However, Eden Hazard and Luka Jovic are certain to miss out while Federico Valverde could make the squad for the game after joining the group in training. Martin Odegaard is also a huge doubt for the game after suffering from a muscle injury.

For Diego Simeone, his side still have Manu Sanchez, Diego Costa and Jose Gimenez on the sidelines. Aside that, he has quite a decent team to put out there against Madrid’s men on Saturday.

For the form that Zidane’s team have picked recently, the game against Atlético may be a difficult ask but they are likely to sail through knowing the kind of result their manager gets in games of this nature.