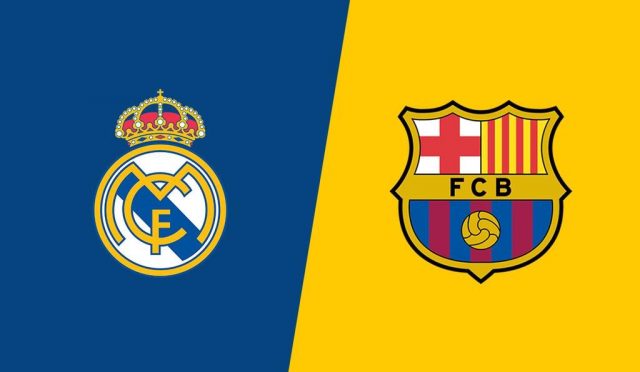 With two points separating them, Real Madrid will host Barcelona on Saturday and what could be a potential league decider at the Alfredo Di Stefano Stadium.

Real Madrid are two points behind Barcelona and looks to be in fine form ahead of the ‘big showdown’. The team beat Liverpool in midweek at home and will hope Saturday brings the same fortune.

Barcelona in their last game needed a 90th-minute goal from Ousmane Dembele to beat 10-men Real Valladolid last weekend in the Spanish top-flight.

In the reverse fixture back in October, the Los Blancos defeated the Catalan club with a 3-1 scoreline courtesy goals from Federico Valverde, Sergio Ramos and Luka Modric while Ansu Fati was on target for Ronald Koeman’s men.

Both Madrid and Barca are yet to lose any of their last five games in the league but the former has dropped four points during that time while the latter hasn’t dropped any.

Saturday’s game promises to be a big one as the winner could go closer or overtake Atletico Madrid as the league table leader.

Raphael Varane missed midweek’s UEFA Champions League game after testing positive for coronavirus and is currently self-isolating. He is expected to sit out this game as a result too. Sergio Ramos is also ruled for Zinedine Zidane’s men with Dani Carvajal unlikely to be risked. Eden Hazard could be given minutes after training with the team in recent times.

For Barcelona, Neto, Fati and Philippe Coutinho are long-term absentees and continue to be on the sidelines. Gerard Pique is also reported to have experienced an injury relapse while Sergi Roberto could make the squad for the game at the Spanish capital.

Real Madrid are yet to lose any of the last three Clasico games in the league. However, they have won just one of their last five such games at home.

We tip them to earn yet another victory over Barcelona over the weekend with Vinicius Junior playing another key role.