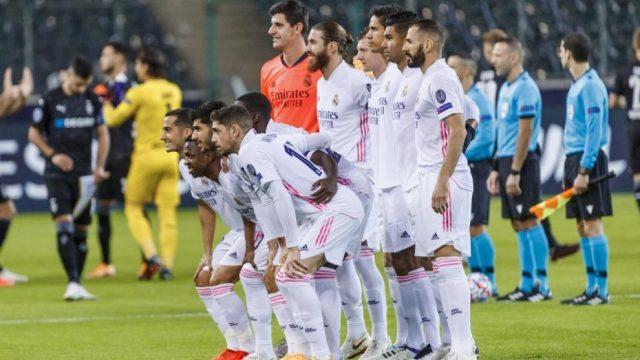 The pressure on Zinedine Zidane will mount once again on Wednesday when Real Madrid host Borussia Mönchengladbach at the Alfredo Di Stefano Stadium in their last group game of the 2020/21 UEFA Champions League.

The home side are on the brink of missing out on a place in the knockout stages for the first time in quite a long while and would need the maximum points to progress to the next stage.

Madrid were fortunate to leave Germany with a point in the reverse league back October after recovering in the closing stages to end the game with a 2-2 scoreline.

Depending on the results of the game between Shakhtar Donetsk and Inter Milan, Madrid could sail through to the next round with a draw.

The Los Blancos have put on a good show whenever their quality has been doubted and that was the case against Sevilla over the weekend, taking all three points away from the Alfredo Di Stefano Stadium.

Mönchengladbach on Saturday could only manage a draw against Freiburg in their last league game and will be hoping that such result is not what they get on Wednesday.

Sergio Ramos is in line for a start on Wednesday after recovering from injury, while Dani Carvajal awaits the go ahead to be involved. Eden Hazard and Federico Valverde are still sidelined.

For Mönchengladbach, they are without two central defenders in Nico Elvedi and Tony Jantschke again, meaning that Christoph Kramer is likely to fill in the void at centre-back as he did over the weekend.

Zidane’s side are in dire need of the win to be safe and the return of Ramos should put them in a better place to achieve such feat while Mönchengladbach’s defensive shortcomings could go against them.