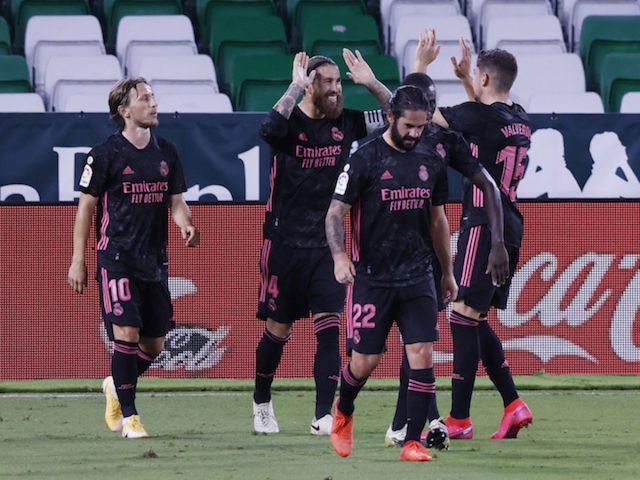 The La Liga game on Saturday between Real Madrid and Cadiz on Saturday is set to be one encounter that many fans would like to keep an eye in the title race.

Unsurprisingly, all three encounters between the two teams have been in favor of the 34 times La Liga champions, with the Los Blancos scoring eight times and conceding three in that period.

However, that seem to have come a long time ago and the weekend’s clash will be another opportunity for Cadiz to try and breach the defence of Madrid that has conceded only two goals in four games this campaign.

Here, we take a look at some departments of both sides that could determine the outcome of Saturday’s clash.

As has been the case in the last few games, Madrid’s left-wing where Vinicius Junior operates could be a very busy flank on Saturday and Isaac Carcelen would have to be prepared for the Brazilian.

With two goals to his name this campaign, the 20-year-old is gradually getting into the game and poses a threat for any opposition.

Everyone knows the capabilities of a fully fit Marco Asensio and that will be the case over the weekend when he faces Alfonso Espino who plays in the left-back role for Cadiz.

Espino has contributed to two clean sheets so far this campaign and the Spaniard will be yet another test for him.

Karim Benzema opened his scoring account just before the international break against Levante and after a week without a competitive opposition he should be ready to continue from there.

Ledesma, who joined Cadiz this summer has already managed two appearances in the league and kept a clean sheet against Athletic Bilbao.

The veteran player will be tested for yet another game to check his prepared for the upcoming fixtures against Shakhtar Donetsk and Barcelona.

Pombo, who has a goal to his name already should be a worthy opposition for him on Saturday.

Cadiz inflict first loss of the season on Real Madrid