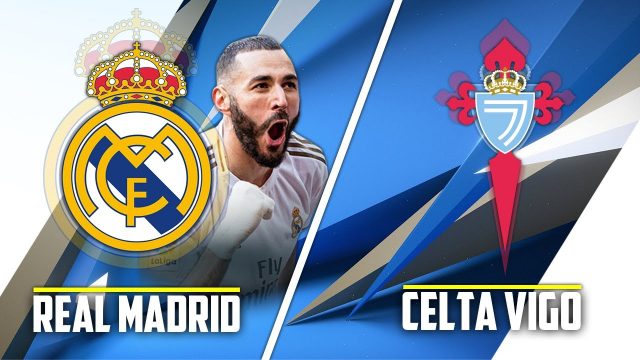 Having ended the year with a draw in midweek, Real Madrid will be hoping to start the new year with a bang when they face Celta Vigo on Saturday.

Zinedine Zidane’s side played out a 1-1 draw with Elche in the last game in 2020, having been on a six game winning streak, which was a great response to the defeat to Shakhtar Donetsk in the UEFA Champions League.

Celta have been in an excellent form so far this campaign, and ended the last year in a good note having defeated Huesca with a 2-1 scoreline.

Madrid have worked their way past stronger oppositions in the league this season but have failed to come with same masterpieces against the lesser clubs.

Against Celta, Zidane will hope their great form and experience will come into play and walk away with all three points at the Alfredo Di Stefano Stadium.

With Eden Hazard featuring against Elche, Rodrygo Goes becomes the only player unavailable for the Los Blancos while Zidane is expected to make changes to his set up on Saturday.

Foe Celta, David Junca, Kevin Vazquez and Sergio Alvarez are certain to miss the game through respective injuries but Eduardo Coudet has plenty of options to replace the injured players.

Despite Celta’s impressive form, Real Madrid are expected to triumph considering their performances in such games played already this season.