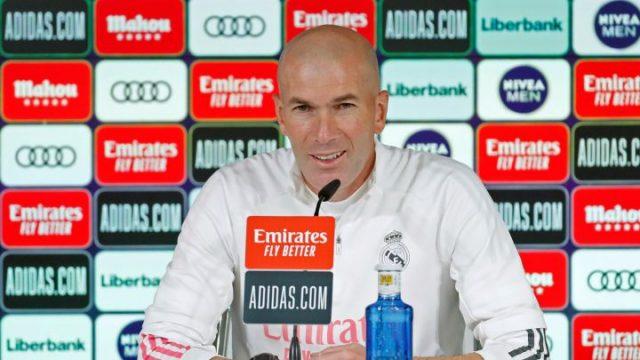 Real Madrid’s injury concerns have risen once again with Daniel Carvajal becoming the latest to suffer the same fate.

The Spaniard joins the likes of Sergio Ramos, Federico Valverde, Karim Benzema and Alvaro Odriozola on the sidelines are set all set to miss this weekend’s league game against Deportivo Alavés.

Manager Zinedine Zidane emphasised on the busy schedule players across Europe are facing adding that it has had effect on the injuries to the many of them.

He said: “We have 24 players who can all play. With all the games we have, we’ll need them. There’s talk about rotation and people ask what I’m doing when I do it. But, we’re just at the start of this season. People want a show, but a lot has changed [with the schedule]. There are injury risks and I want to protect me players. I suffer when one of my players is injured. It’s frustrating when they can’t be there, but with all the matches that there are we need to be careful.”

On Benzema’s injury which has lasted than they initially thought, Zidane said: “I’m not a doctor, so I don’t know exactly. It turned out it was a longer thing, but the important thing is that he recovers well. The players need to be well to be able to play.”

Zidane also was questioned about his preference for a double pivot midfield in his last two games and he replied: “We set up well. The players adapted well to the match and we were phenomenal in the 25 minutes when it was 11 vs 11. Then there was 11 vs 10, which can sometimes even be more difficult, but we had good concentration and defended well. Not only against Inter were we solid, though, as there have been other games where we’ve been good. It’ll need to be the same tomorrow, it’s another final.”

The manager also praised Martin Ødegaard’s resurgence while complementing the team in general. The former midfielder said: “He’s showing what he can do as a player. It’s about the players and what we do as a team. We’re tough to beat if we do things together.”

Zidane then wrapped up his press conference by paying tribute to the late Diego Maradona and refused to be drawn into the debate of whether he is the best player to have graced the sport.
He concluded: “We’re going to respect his memory and his family and all those who loved him.”