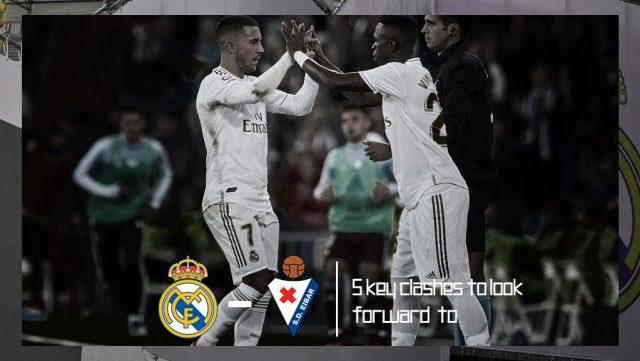 The much anticipated return to the Spanish league got off on Thursday with Sevilla beating Real Betis, but it is the fixture of Real Madrid and Eibar we look forward to seeing on Sunday.

Los Blancos take on Eibar at the Alfredo di Stefano Stadium looking to make a strong statement in the rest of their fixtures.

Ahead of the clash, here are five interesting battles that spectators should expect to see; 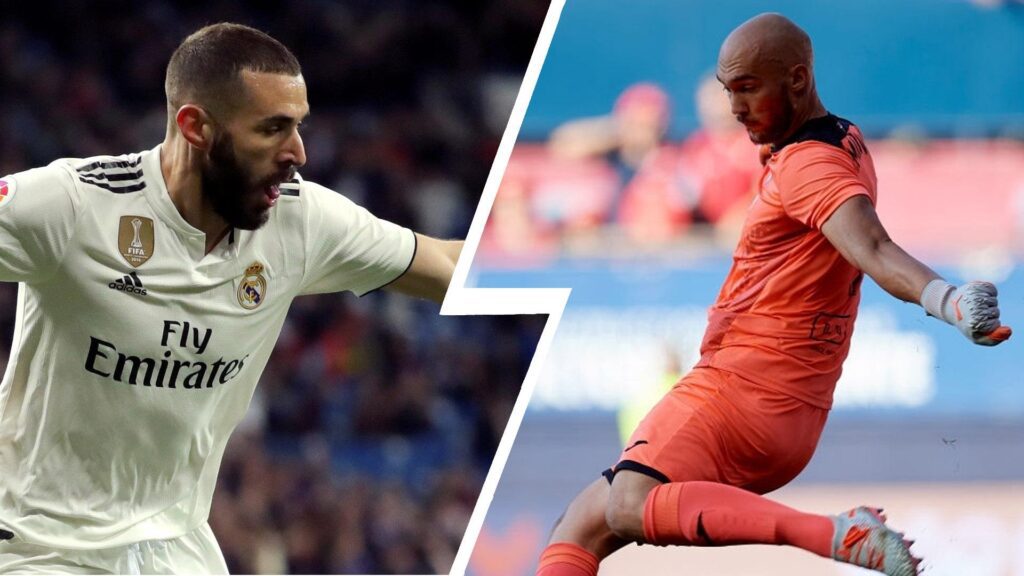 Karim Benzema and Marko Dmitrovic will be an exciting battle to look out for. The goalkeeper despite conceding four goals in the reverse league at Inpurua Municipal Stadium kept out a few chances from the forward. His area commands will have to be top notch if he is to keep the Frenchman at bay.

While Benzema will also need to be clinical from the 18 yard box with chances expected to come his way with his increasing chemistry with Eden Hazard. 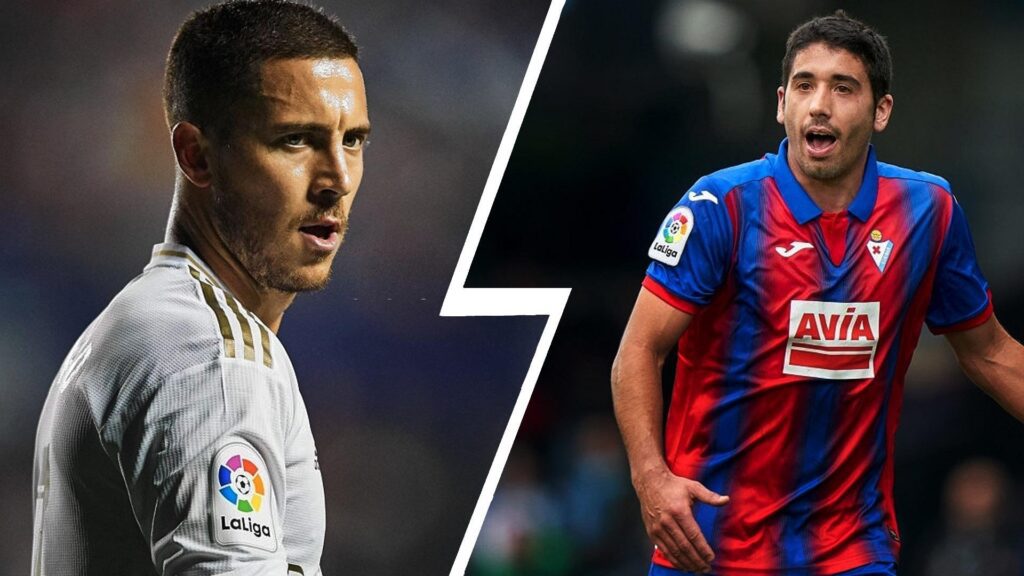 Eden Hazard himself has a difficult opponent awaiting him on Sunday Jose Angel.

Hazard’s technicality on the pitch makes him a hard player to face as he easily attracts fouls from the opposition. Angel will have to be vigilant and watch the runs of the Belgian if he is to come out on top.

The Belgian may now be returning from a long lay off but his quality could show on any other day once he has the ball at his feet. 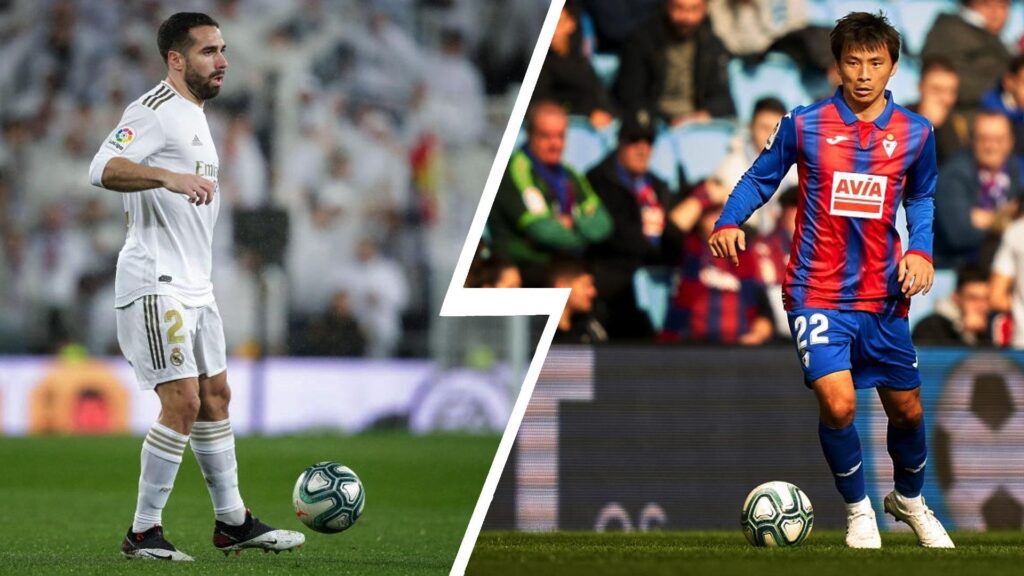 Dani Carvajal may have passed his best years but his ability to out his life on the line for the team still remains. Against a speedy player like Takashi Inui, the Spaniard would have to be careful while on offensive duties as the Japanese can cause a scenario out of nothing with his quick feet. 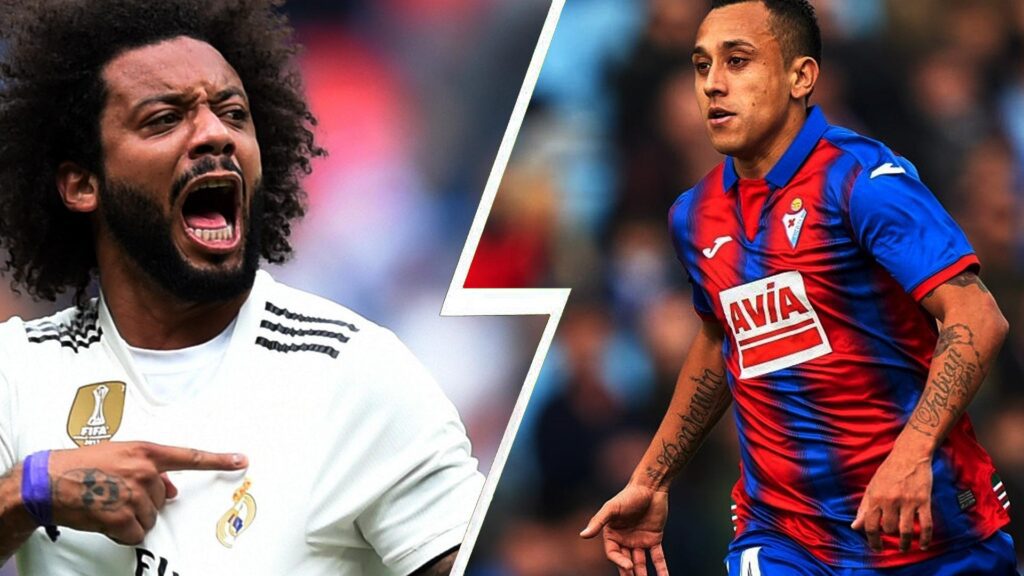 Fabian Orellana on a good day is always a difficult player to come up against and Marcelo would have to be watchful of the winger. Had a couple of chances in the first game but Ferland Mendy was on point to deal with it, the Brazilian would need tips from the France international to shut down Orellana. 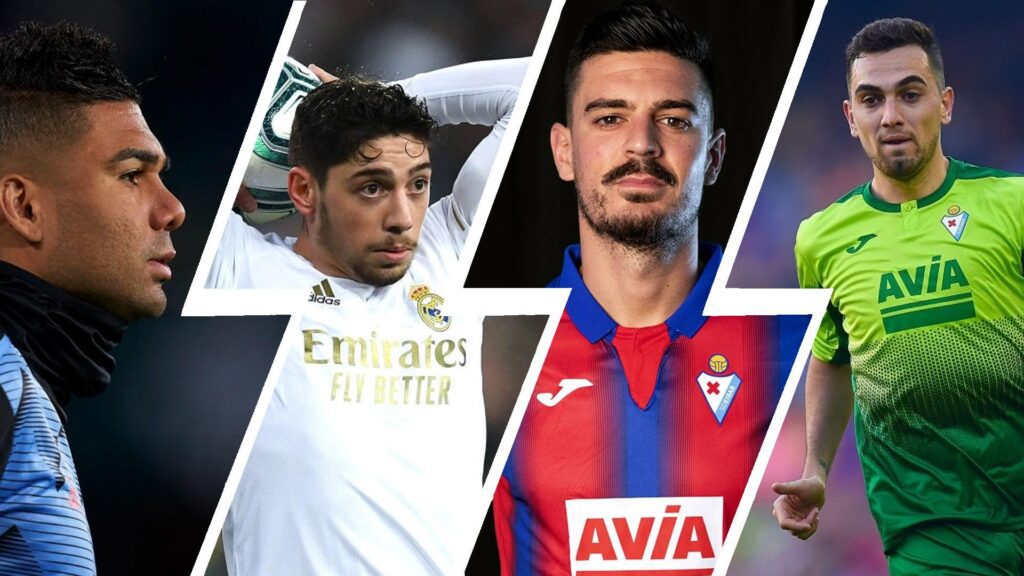 A midfield battle this game is set to exhibit for fans. Casemiro and Federico Valverde since forming a partnership have shielded the Madrid backline on numerous occasions this season. Up against Sergio Alvarez and Gonzalo Escalante, the Madrid duo may have little threats but would need to close these two down as soon as they get hold of the ball.

The Eibar pair are better creating chances from midfield and Valverde would have to be at his best box-to-box role to break down all attempts.