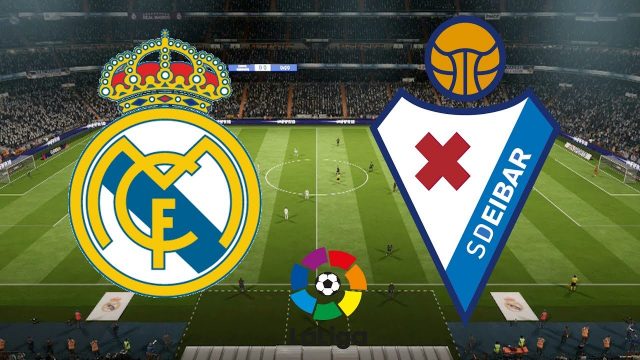 Real Madrid returns to league action next after the international break, playing at home to Eibar in the Spanish La Liga on Saturday.

The Los Blancos will host Eibar at the Alfredo Di Stefano Stadium looking to back-to-back wins over them once again. Madrid beat Eibar in the reverse fixture back in December, with kind courtesy goals from Karim Benzema, Luka Modric, and Lucas Vazquez.

With regards to the managerial head-to-head, Zinedine Zidane has beaten Jose Luis Mendilibar on eight occasions out of the nine they have met while the latter is yet to win a game against the Frenchman.

Madrid is six points off the top of the league and currently in the third position, two points behind Barcelona who are second.

A win will likely send them to second and edge them closer to Atletico Madrid and Barcelona who play on Sunday against Sevilla and Real Valladolid respectively.

Eibar on the other hand is in the relegation zone and need points if they are to avoid the drop this season, Hence, the game against Madrid is very crucial for them.

Toni Kroos and Federico Valverde both suffered injuries before the break and are doubtful for the game against Eibar. Eden Hazard, Dani Carvajal and Mariano Diaz still continue their recovery with Alvaro Odriozola now fit to join the squad.

For Mendilibar, Pedro Bigas looks to be the confirmed absentee for the away side ahead of Saturday’s game. Jose Angel, Edu Exposito, Yoshinori Muto and Rober should all be fit for minutes at the Di Stefano Stadium.

Karim Benzema has had quite a good time in front of goal and would be handed opportunities once again. He will likely be the difference for Madrid over the weekend.