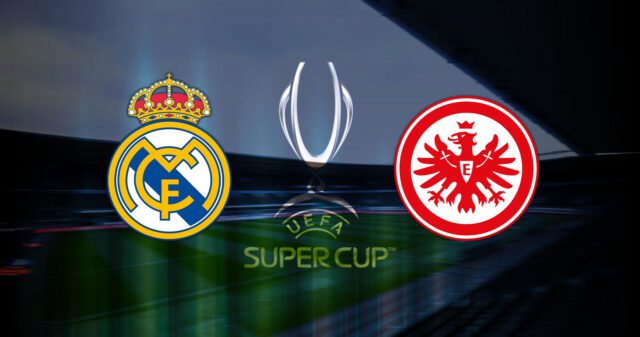 Some major leagues begin their 2022/23 season over the weekend but for Real Madrid, the season only becomes official on Wednesday, August 10, when they take on Eintracht Frankfurt in the UEFA Super Cup.

Madrid will be playing in the Super Cup for the first time since the defeat to Atletico Madrid in their last appearance back in 2018.

For Frankfurt, it’s the first time and they are looking to cause an upset at the Helsinki Olympic Stadium in Finland.

The game is scheduled for a 19.00 GMT kickoff with both teams looking for a good start to their respective seasons though Frankfurt plays Bayern Munich in their league opener.

What should Real Madrid expect?

They may come into the game as underdogs but all eyes will be on Oliver Glasner and Frankfurt on Wednesday. Despite starting last season well, the club failed to make the top 10 on the Bundesliga log as they finished 11th.

If there is one thing that is admirable about the kind of football they play, it’s the fact that they have scored lots of goals during the 2021/22 season.

Glasner’s side scored a total of 45 goals during last season in the Bundesliga despite setting up in what looked more like a defensive 3-4-2-1 formation.

Their ability to hold the opposition in midfield areas was a key part of their game and Madrid will need to be wary of that threat.

The trio of Casemiro, Luka Modric and Toni Kroos look set to start on Wednesday per Ancelotti’s words during the pre-season.

The famous KCM has lots of running to do and needs to gain control of the midfield battle before it becomes a weakness for Madrid.

The German side captured the signature of World Cup winner, Mario Gotze during the summer transfer window. The former Dortmund player had a successful stint with PSV and has decided to return to Germany after previous spells with Bayern Munich and Borussia Dortmund. He will be a key figure to keep an eye on.

Another player who will also look to cause damage is Ansgar Knauff. On loan from Dortmund, the right wing-back provides a threat on the right side of the attack while his defensive work rate has also been commendable.

Daichi Kamada also another name to keep an eye on. The midfielder has been the starting point of attack for the Germans and a good pre-season only adds to his quality heading into Wednesday’s game.

READ: Why Antonio Rudiger can lead Real Madrid to even more success