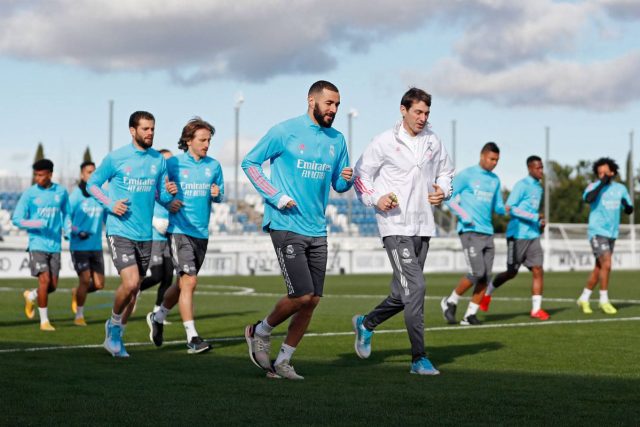 Real Madrid will be in midweek action when they host Getafe at the Alfredo di Stefano Stadium on Tuesday.

The current third-placed team in the Spanish top-flight will be hoping for another good performance like the one over the weekend which saw them beat SD Huesca with a 2-1 scoreline.

Getafe have not been in the best of forms in recent times, winning just three of their last 10 games across all competitions.

Jose Bordalas however will be presented with an opportunity to revive his side when they meet their city rivals away from home. They currently occupy the 13th position with just 24 points taken.

Real Madrid will again be without a number of first-team players for Tuesday’s contest. Sergio Ramos, Rodrygo Goes, Federico Valverde, Eden Hazard are all ruled out of the game while Isco, Eder Militao, Alvaro Odriozola, Lucas Vazquez and Dani Carvajal are doubtful. Toni Kroos is also suspended from the game due to yellow card accumulation.

For Getafe, Djene Dakoman after his red card over the weekend will sit out the game with Mauro Arambarri likely to return to the setup. Bordalas has no injury concerns in his team.

The home side are expected to continue their dominance over Getafe with the latter struggling to produce results of late.

Toni Kroos out of game against Getafe