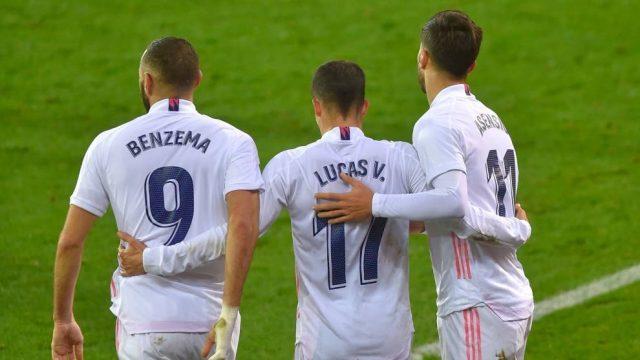 With Real Madrid up against Granada in their next league game at the Alfredo Di Stefano Stadium, all eyes will be on Zinedine Zidane’s side who don’t look like slowing down since the loss to Shakhtar Donetsk in the UEFA Champions League.

Here we take a look at some interesting fact-to-face key battles which the game might depend on for an outcome in midweek:

Roberto Soldado has established himself as one of best forward’s in the history of Spanish football and he still continue to match his past. Courtois has been great in the past games but coming up against the former Tottenham Hotspur striker will be an interesting battle to watch.
Th Granada forward has scored three times in six starts this campaign while Courtois has managed five clean sheets in 14 games.

Definitely not the Luis Suarez we are popular with but Granada’s Suarez has also been a danger man this campaign. He has been three goals already and comes up against Ramos, whose side have failed to keep a clean sheet in back-to-back games in La Liga in their last two games. The Spain international will have to keep the forward at bay and that would mean keeping a close eye in his movements and his runs.

On loan from Chelsea, Kenedy has found a convincing environment in Spain where he has adjusted very well to the league. The Brazilian has set up two goals in the league this season and his impact in the Granada team cannot go unrecognised. He will come up against Dani Carvajal who has also been excellent since his return from injury. There is so much to play for in this battle and that could possibly have an impact on the game.

With five clean sheets to his name, the goalkeeper is levelled with Courtois in the fight for the Zamora trophy. He has managed a clean sheet in his last two games while Karim Benzema in the other hand has been involved in five goals during that time. It will be a case of being the first shot-stopper to silence the red hot form of the Frenchman and that will be the exact case of the Silva on Wednesday.