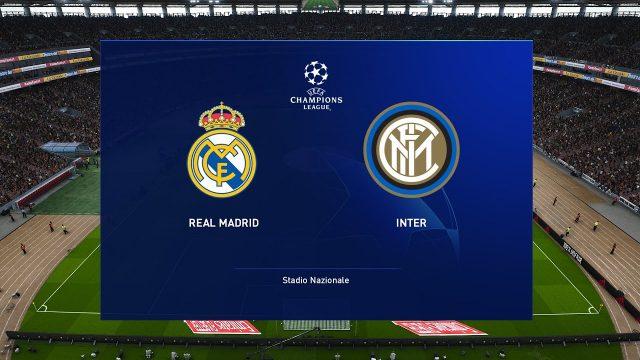 After urging out SD Huesca over the weekend at the Alfredo Di Stefano Stadium, Real Madrid will host Inter Milan at same venue on Tuesday.

The game, which will take place at the same venue will both club’s third group game in the 2020/21 UEFA Champions League competition having already played two games each.

The game will also see Achraf Hakimi face his former club for the first time since securing a permanent move away from the Santiago Bernabeu this summer.

Inter have had a better campaign in the tournament that Madrid this term and though they are yet to record a win the competition, they are one point above the Spanish giants in Group B.

The Italian side have recorded two draws against Borussia Mönchengladbach and Shakhtar Donetsk respectively and will be hope for a first win against Madrid in midweek.

Zinedine Zidane’s side however suffered a shocking 3-2 loss to the Ukrainian side on matchday one of the competition before coming from behind to secure a point against Mönchengladbach last week.

Having seen the draw being made last month, both Madrid and Inter were tipped favourites to advance into the next stage but predictions haven’t gone quite well though there is still a lot to play for until the end of the group games.

After returning to the squad over the weekend against Huesca, Mariano Diaz will be expecting to get minutes against Antonio Conte’s side on Tuesday. Alvaro Odriozola should be 100 percent fit for the game.

Daniel Carvajal, Martin Odegaard and Nacho Fernandez are still out with respective injuries and are unlikely to be fit for the game.

Lucas Vasquez is also a doubt for the encounter after being substituted against Huesca.

For Inter, Conte continues to sweat over the fitness of topscorer Romelu Lukaku, who has become an important addition to his side since leaving Manchester United. Andrea Pinamonti could replace the Belgium international to partner Lautaro Martinez
Matias Vecino, Milan Skriniar and Stefano Sensi are also on the sidelines through respective injuries.