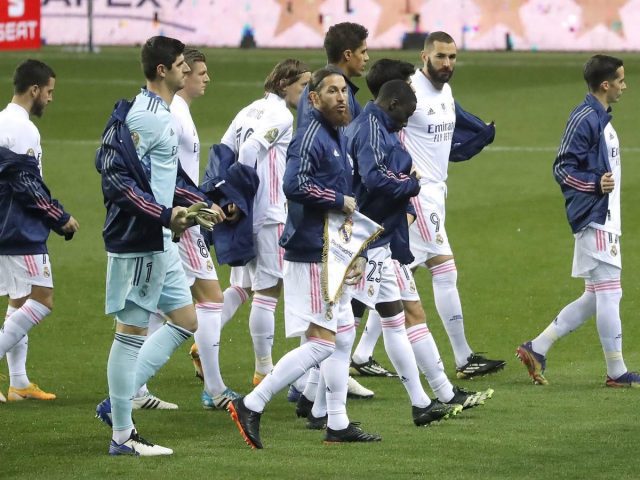 Real Madrid goes into the game against Levante, knowing that they are seven points behind league leaders Atletico Madrid, who still have a game in hand.

Levante’s form has been better in their last six games and are hopeful of at least getting a point when they travel to the Spanish capital.

Despite both sides posing a crucial number of injuries, they still have quality in their respective teams, who could turn up to decode the fate of the encounter on Saturday.

In this piece, we take a look at some contests to keep an eye on over the weekend in the game between Madrid and Levante.

Speaking of a proper battle, this could be one that everyone will be looking for. Militao will for the first time in his Madrid career start his third game on the bounce, coming up against Jose Morales.

The experienced forward has been involved in 10 goals already this campaign and will be looking to add to that tally against the Los Blancos.

With a goal and assist in his last game, there is a feeling Eden Hazard could be about to rediscover his best form in a Madrid shirt. The winger already has two goals this season in the league and a chance to gain the trust of the manager will be to be unplayable against Jorge Miramon, Levante’s right-back.

The 31-year-old defender has started 11 league games this season, providing one assist in that time.

Raphael Varane is expected to be lead the backline for Madrid on Saturday, with Sergio Ramos and Dani Carvajal all expected to miss the game. The France international will come up against Roger Marti, who has been a prolific goalscorer for Paco Lopez’s side.

The forward has eight goals and two assists in 17 games and his presence in the final third of the Madrid team could be a problem for Varane.

Spain international Alvaro Odriozola will be starting a first league game in four months and what a test Dani Gomez will prove to be for him. The defender has not been a game-changer as the Los Blancos expected to. However, with Carvajal struggling with injuries recently, the 25-year-old has the opportunity to tie down the right-back position.

Gomez has been an up and coming striker and his emergence into the Levante team has seen him score twice already in the league this campaign.

Eden Hazard suffers yet another injury