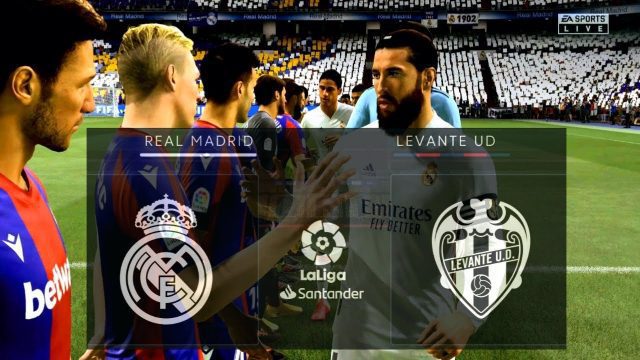 Having bounced back to victory in their last game, Real Madrid will be hoping to gather momentum when they face Levante on Saturday in the Spanish top-flight.

Madrid will return to play at the Alfredo Di Stefano Stadium for the first time after 28 days. This game will be a chance for them to record their sixth consecutive win at home, having won the previous five.

Speaking of the number six, Levante are currently unbeaten in their last six games across all competitions since losing to Villarreal in the league. Paco Lopez’s have won four during that time, while also managing two draws.

The Los Blancos out of the last nine games played against Levante at home have lost once, a 1-2 defeat suffered during the 2018/19 campaign. The away side beat Madrid last season at home but have already been beaten by Zinedine Zidane’s team in the first half of the season.

Rodrygo Goes, Sergio Ramos, Dani Carvajal, Federico Valverde and Lucas Vazquez have been ruled out of the game on Saturday. Meaning, Alvaro Odriozola could be handed the chance to start at right-back while Eder Militao and Raphael Varane continue their partnership at the heart of defence.

For Levante, Jose Campana, Jorge de Frutos and Nikola Vukcevic are on the sidelines while no injury was recorded in the Copa del Rey win over Real Valladolid, though the manager is expected to make significant changes to his squad for the game against Madrid.

With Madrid’s attacking beginning to produce results, this game is expected to be a high-scoring one while the Levante attack is also expected to exploit the weaknesses of their opponent’s defence.