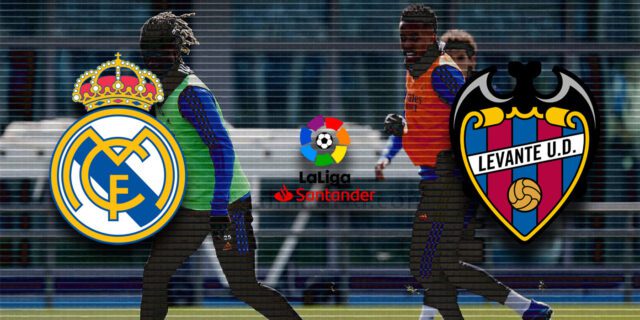 Real Madrid are back in action on Thursday night when they face Levante in their next league game.

Madrid coming into the game at the back of a 1-0 defeat to Atletico Madrid in the Madrid derby over the weekend. The loss had no adverse impact on the Los Blancos as they have already wrapped up the Spanish League title following the win over Espanyol.

Levante is currently in the relegation zone after 35 games played, winning just 29 points from the games played so far.

The 19th placed side beat Real Sociedad in their last league game to give them hopes of serving the drop again this season.

In the reverse fixture earlier in the season, Madrid and Levante played out a dramatic 3-3 draw at the Cuidad de Valencia stadium in Spain.

Gareth Bale and Vinicius Junior (2X) were on target for Carlo Ancelotti’s side while Roger Marti, Jose Campana and Rober Pier also scored for the home side in the fixture.

Eden Hazard has already started group training after returning from his injury layoff. However, Ancelotti is unlikely to include the player in the squad for the game against Levante. Dani Ceballos, Mariano Diaz, Marcelo, Gareth Bale, Miguel Gutierrez and Isco are also out of the game.

For Levanate, Jorge de Frutos, Roberto Soldado, Shkodran Mustafi and Carlos Clerc are all ruled out of the game.

Karim Benzema is expected to return to the starting lineup on Thursday after being given a rest against Atletico. The Frenchman has been the danger man for Madrid for the most part of the season and with little at stake, the player would look to extend his goal-scoring record in the Spanish league this season.